Filtering is unavailable in this view. Go back to the homepage to filter by streaming platform and more.
Subscribe
What you get. Already subscribed? Sign in

Amazon Prime
7.5
Also see: Best Films
Best Films are our staff picks, they're all movies rated 8.0 and above. Here, we selected three for you. 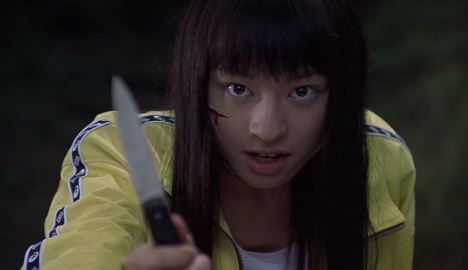 When asked about this film, Quentin Tarantino goes so far as to say, “If there’s any movie that’s been made since I’ve been making movies that I wish I had made, it’s that one.” Kinji Fukasaku’s cult classic follows an alternative reality set in Japan, where a random high school class is forced onto a remote island to fight to the death. While it does follow the quintessential ‘only one shall leave’ scenario (complete with over-the-top, almost comedic murder scenes), the raw emotion and character depth cuts far deeper than traditional action thrillers. The film will leave you out of breath but still satisfied with how the narrative plays out.

You will be most astonished by this electrifying documentary if you are not a racing fan, and even more if you have never heard of Ayrton Senna. The movie matches this character in being captivating beyond belief; incredibly powerful and sublime. Director Asif Kapadia develops a compelling and exciting picture of F1 and the man that was Ayrton Senna. At a time when F1 cars were +1000hp fire breathing monsters and the grid was stacked with world champions, Senna rose above the rest to take 3 world championships and win the fabled Monaco Grand Prix a record 6 times. Unfortunately Senna's life was cut short at the age of 34 in a devastating racing crash. By many he is still considered one the best and most exciting racing drivers to have ever stepped into an F1.