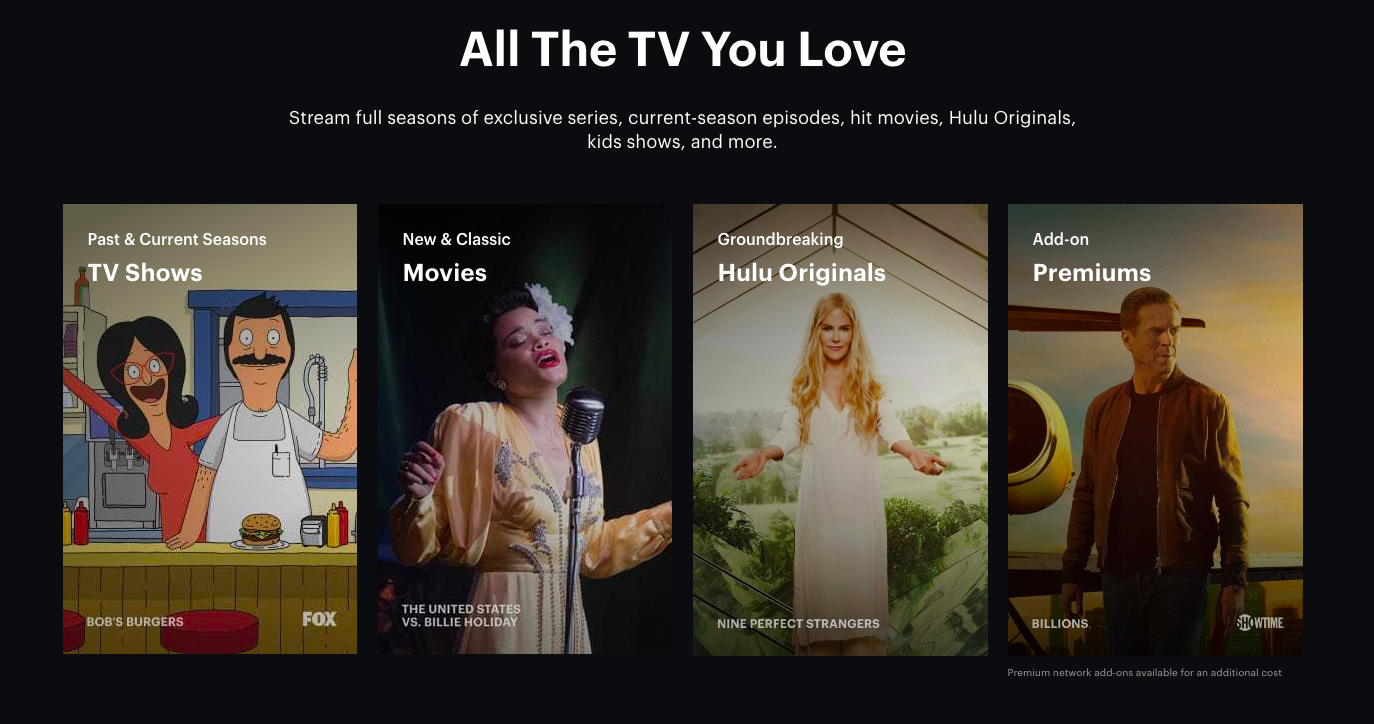 Depending on your region, you could subscribe to one of the “Big Five” American streaming giants (i.e. Netflix, Hulu, Amazon Prime Video, HBO Max, or Disney+).

Other streaming platforms are more popular than the Big Five in certain regions. Case in point: Disney+ Hotstar is India's most popular streaming platform. In fact, India is one of the major media markets that Netflix has struggled to dominate.

This comprehensive guide will introduce you to the top streaming platforms in seven major media markets: the United States, the United Kingdom, Canada, Australia, India, China, and Europe.

It should come as no surprise that the United States has the world’s most highly developed video streaming market. Aside from being home to the Big Five streaming giants, numerous traditional broadcasters (like NBCUniversal and CBS) have made their broadcast content available on live TV streaming services.

US viewers are spoiled for choice and there are countless streaming services that cater to specific interests and price points.

The United Kingdom is home to some of the best live TV programming in the English-speaking world. Whether it’s Shakespearean dramas and historical documentaries from the BBC, or reality TV shows from ITV, British viewers will never run out of great content.

Nevertheless, there are some solid Canada-only streaming services in this list and one (Ici TOU TV) streams only French-language content. There’s a strong demand for live sports programming, with notables like CBC Sports regularly broadcasting NHL hockey and NHL football games.

While the Land Down Under has seen a rapid increase in the consumer adoption of streaming services, the overall market is still relatively small.

All of the major American streaming companies (with the exception of Hulu) are available in Australia. Subscribers also have access to some local streaming platforms that offer a mixture of local Aussie and international programming.

Home to Bollywood, filmi music soundtracks, and Indian cricket, India has become a major cultural force in the modern world. There is a huge demand for Indian films, songs, and TV series not just in the subcontinent, but also in the Middle East, Southeast Asia, and other overseas markets.

While most of the streaming services in this list are only available in India, some (like Eros Now) are available to international audiences.

China’s rapid economic development has fueled the growth of an increasingly sophisticated media and entertainment landscape. The Chinese movie market is now the world’s largest (eclipsing even that of Hollywood), and some of the world’s most lavish movies and TV series are being produced in China.

Unlike the other markets mentioned here, China’s streaming services are completely homegrown since content from foreign companies are blocked. As a result, streaming audiences are much smaller and are completely restricted to mainland China.

Europe has a rapidly expanding streaming market. While the major American streaming platforms (with the exception of Hulu) are available in select countries, demand for local programming is very strong.