With production already well underway, season 3 of Ted Lasso is expected to have a release date sometime in the next few months. If you’ve already been watching the fish-out-of-water sports comedy, you know where to find it. But if you’re just now looking to dive into the popular show, we’ll fill you in on how to watch Ted Lasso in 2022. 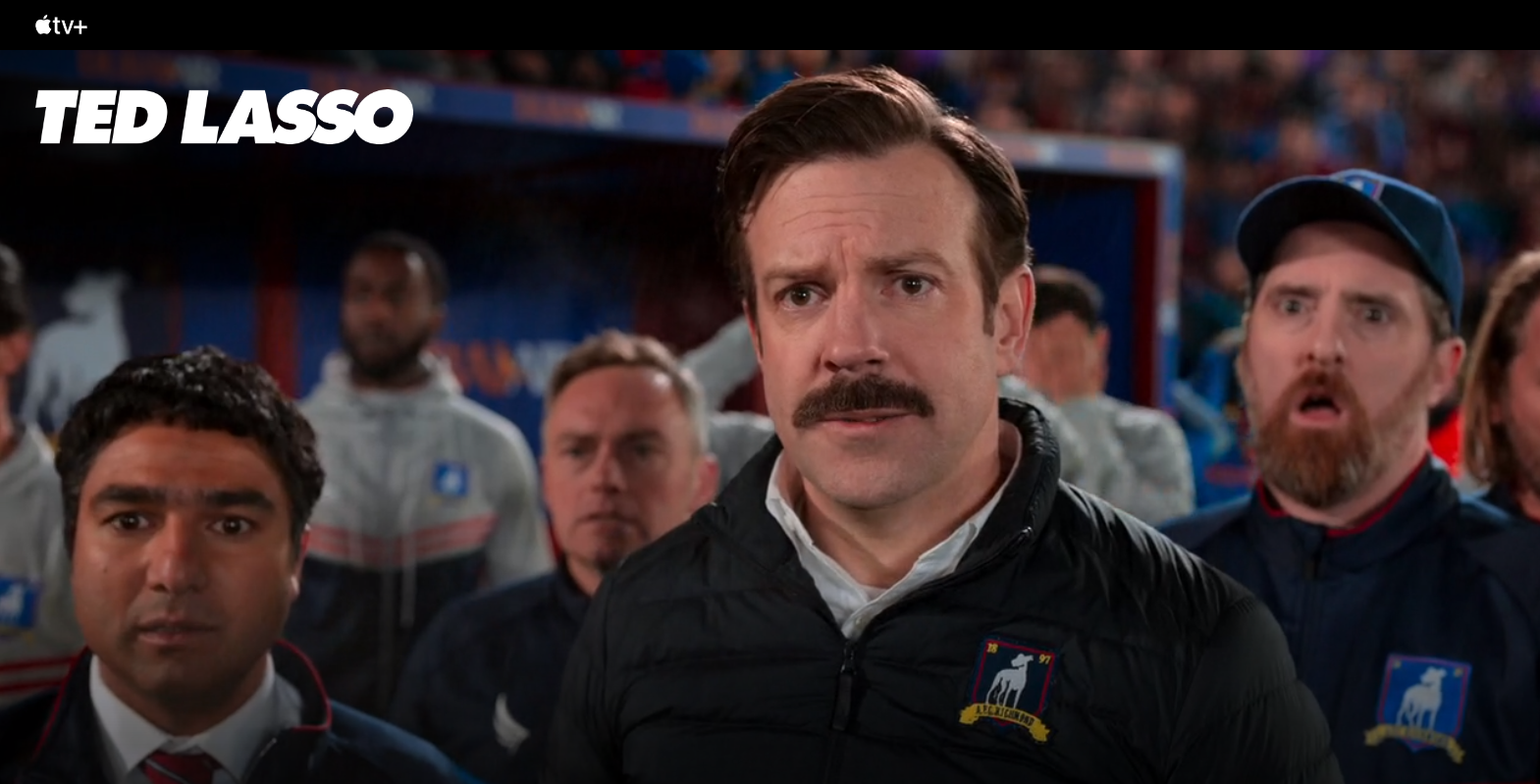 What is Ted Lasso about?

Jason Sudeikis stars as the titular character Ted Lasso, an uber-optimistic American football coach from Kansas City who takes the head coaching job of a fledgling Premier League soccer team. The fish-out-of-water jokes quickly take a backseat to the compelling storyline, character arcs, and subplots, which allowed the series to take home the Writers Guild Award for Comedy Series in 2021.

Where can you watch Ted Lasso?

The popular comedy series is an AppleTV+ original which means it’s available exclusively on AppleTV+. You currently won’t find it anywhere else. Not even on cable or satellite TV.

The good news is that AppleTV+ doesn’t require some other service provider or any special devices to watch it. You can just sign up and start streaming immediately from your phone, computer, or streaming media player.

However, AppleTV+ does give special preference to Apple devices, which we’ll get into below.

How to watch Ted Lasso on AppleTV+

AppleTV+ offers a single subscription tier for $4.99/month. The option to pay annually isn’t exactly prominent on the website when signing up, but it’s there – and it’s only $49.99 for the whole year, which is like getting 2 months free.

When the service first launched in 2019, compared to similarly-priced streaming services, it didn’t feel like there was $5/month worth of content. But with a steady stream of top-notch, award-winning shows – like The Morning Show, Severance and For All Mankind – it’s become more attractive.

Unfortunately, this piece of good news is just for Apple owners. You can only download content using the AppleTV+ app on an iPhone, iPad, iPod Touch or Mac.

If you have a compatible iOS device or Mac, all you need to do is navigate to the Ted Lasso episode you want to watch offline and then tap or click the download button. To watch your downloads, go to the Library tab and select the episode you’d like to watch.

Your episodes will be available to watch for 30 days and then they expire.

Which devices can you use to watch Ted Lasso?

AppleTV+ is owned by the world’s largest consumer electronics company. And Apple got that way following a walled garden strategy – a closed ecosystem of devices and software. That means you won’t find the AppleTV+ app on Android (yet?).

However, outside of the mobile space, the AppleTV+ app is available on a range of popular non-Apple devices. You can watch AppleTV+ on the following:

Some streaming services have started offering bonus content similar to DVD extras – things like trailers, interviews, and featurettes about some aspect of the show or movie.

AppleTV+ has around 10 such extras, and most are about a minute long. They include cast members introducing their character, “Ted Trivia”, and the 4-minute stop-motion animated short, The Missing Christmas Mustache. 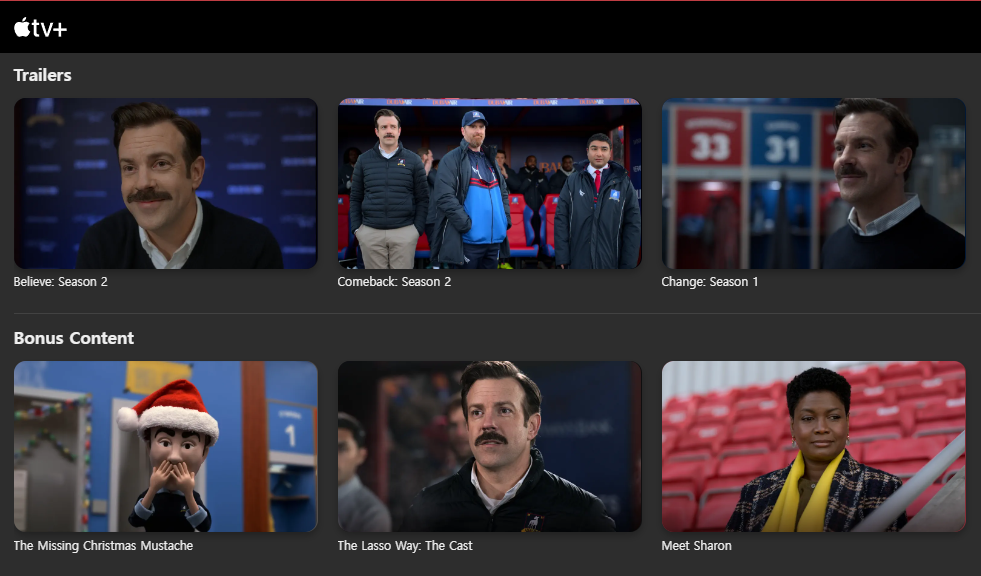 How many simultaneous streams does AppleTV+ include?

A single AppleTV+ subscription lets you watch up to 6 screens at the same time. There are no restrictions on location, so all those screens don’t need to be streaming on your home network.

Does AppleTV+ have a free trial?

You can try AppleTV+ free for 7 days. That should be more than enough time to binge at least the first season of Ted Lasso.

With free trials, it’s usually good practice to “cancel” the trial as soon as it starts so you don’t charged if you decide not to subscribe. But most trials allow you to keep watching until the end of the trial. That’s not the case with AppleTV+, as you might lose access the moment you cancel your trial. You also need to cancel your trial at least 24 hours before it’s over, or you’ll be charged for your first month.