Renee CuisiaI12.6.2022
Adilkhan Yerzhanov Interview – Director of ‘Assault’
“Jokes may not work when you expect them. Humor in pure comedy is pretty predictable.”

Often in films involving hostage situations, we’re asked to follow the people directly involved. We wait with bated breath to see whether the captives will make a run for it or if the captors will have a change of heart. The thrill lies in this tension, in this tug of war for control and power inside a painfully confined space. Even during moments of silence, a well-crafted thriller will make hearts pound, on screen and off, under the pressure of a ticking, killing clock.

Adilkhan Yerzhanov’s Assault, which competed at the International Film Festival Rotterdam this year and made its Asian premiere at the recently concluded Singapore International Film Festival, achieves this thrill and tension without even letting us in on the scene. Instead of plunging us alongside victim and attacker at the heart of the attack—in this case, a school held hostage by masked terrorists—most of the film is set outside the seized campus, where a motley crew of volunteers has assembled to rescue the remaining students. It’s the best the remote village of Karatas, Kazakhstan can do while waiting for a SWAT team to arrive, hindered as they are by snowstorms, red tape, and as we later find out, a general disregard for ordinary citizens.

But from this unexpected rescue team, a mix that includes school staff and parents, to the jokes that arise from deathly serious situations, it soon becomes clear that Assault isn’t like any action film you’ve seen. It goes against nearly every genre norm, and yet it works. A film about a school shooting isn’t supposed to be funny, but Assault somehow manages to be both dark and humorous. An action scene led by bumbling amateurs isn’t supposed to be gripping, but Assault very much is. Yerzhanov, a reticent fellow, is like a magician; he crafts miracles for the crowd but prefers to keep secrets to himself. His answers in this interview are short and straightforward, but it seems best to leave specifics behind to make way for personal interpretation and get what we can from these brief but meaningful glimpses inside his mind. 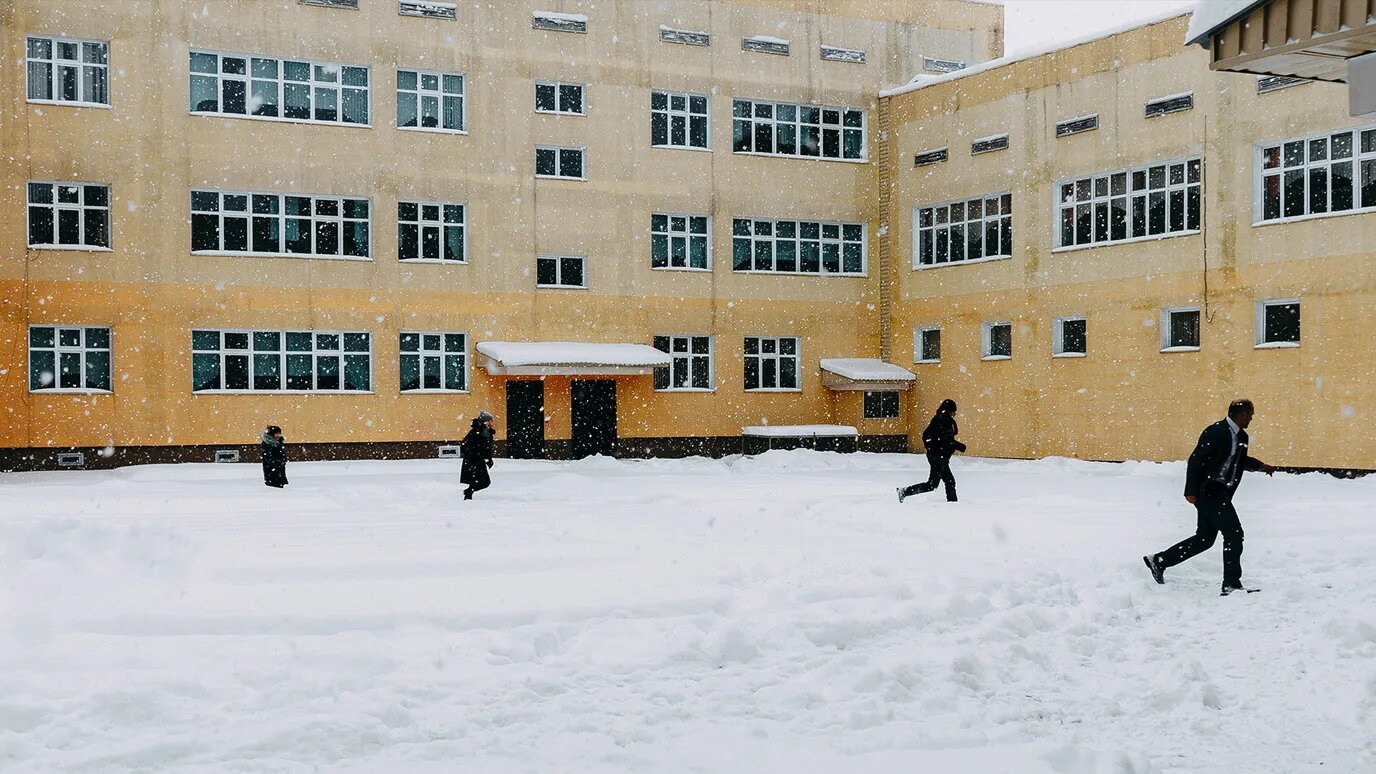 Projektor: Often in films about mass shootings, the focus is on the immediate victims, but in Assault, we follow the escaped teachers instead. Why is that?

Adilkhan Yerzhanov: Yes, that’s the dramatic structure of the film: we see the teachers’ side only. We center on the rescue team so we can focus on their choices and transformation.

Speaking of transformation, everyone seemed hell-bent on proving their masculinity, only to be bested by the sole woman on the team, Lena (Aleksandra Revenko). Is gender something you set out to address at the onset, or did it naturally manifest in the story?

I think it is always like that in life. Someone who talks big often is helpless in emergency situations. And, yes, I don’t like machismo. I like Lena’s character much more.

Would you say that the rescuers are the villains here?

The real villains are the heroes themselves: [the men], their ego, and their indifference to each other. That was the reason why masked men could make their way into the school unhindered.

Your previous works tend to sit nicely in that rare space between tragic and comic, and Assault is no exception. What’s the secret to striking this balance?

Jokes may not work when you expect them. The most fun joke is an unexpected joke. Humor in pure comedy is pretty predictable.

There is a striking scene in the film where the team rehearses their rescue plan on plain snow, but instead of looking intimidating, they look puny from our aerial POV. How did you go about choreographing something as precise yet funny as that?

It was necessary to visually show where the action would take place. And we thought that the absence of buildings would focus attention on the characters themselves. 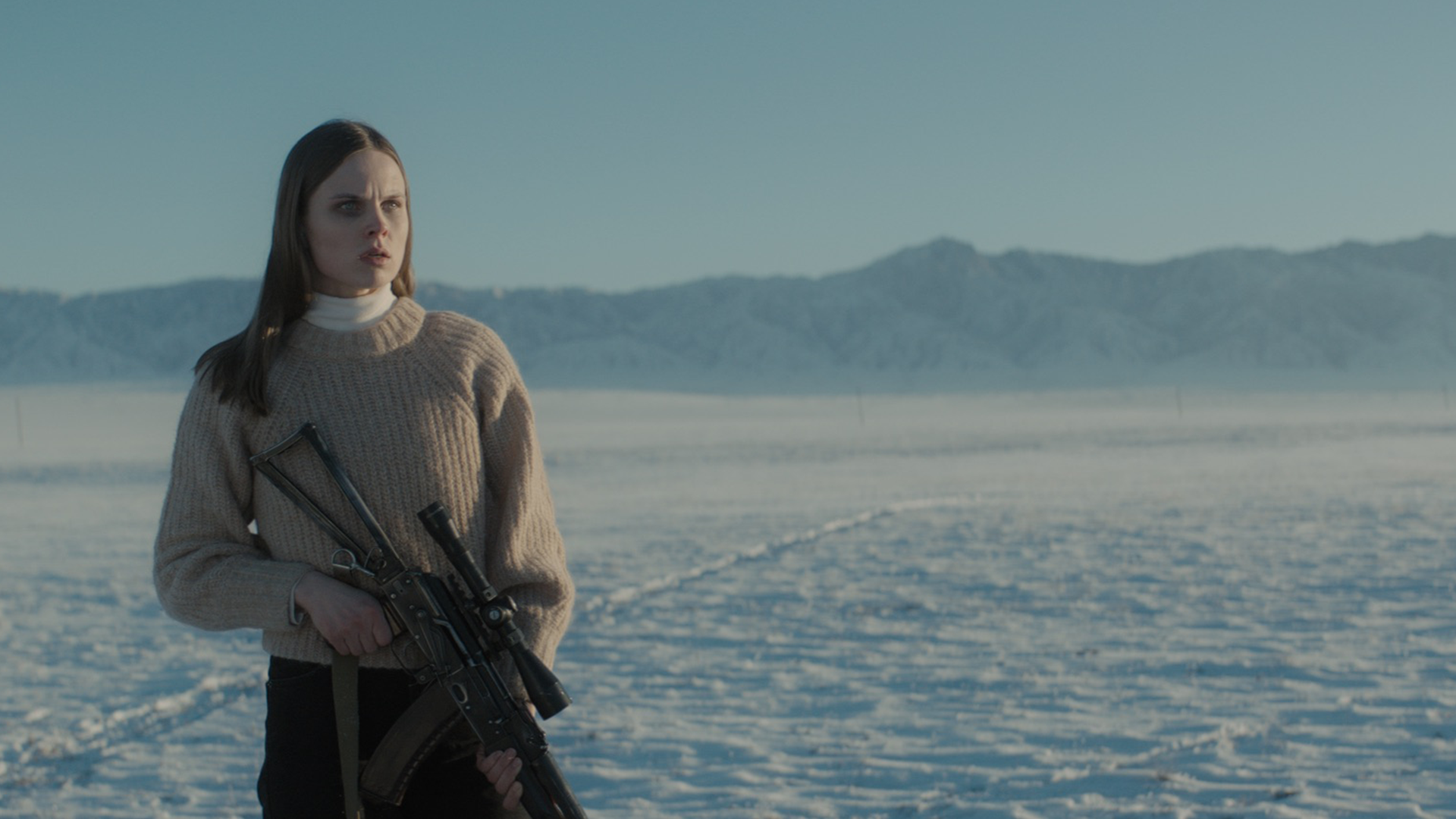 Were there any films that you referenced or sought inspiration from in making Assault?

I have loved Die Hard by John McTiernan since I was a kid. And John Carpenter’s Assault on Precinct 13, too. They are a gold standard of the action genre for me.

Fans and critics alike have fondly called Karatas a “shared cinematic universe” because of all the movies and characters you’ve set in this fictional Kazakh town. Do you intend on expanding this universe?

Different stories take place in Karatas, and they are not limited by genres. For me, Karatas is kind of like the plasticine board that I used for molding when I was a kid. The characters and the stories are different, but the board is always the same.