TV nerds know that Orange is the New Black, as much as it’s hailed in the U.S. for being ‘crazy’, doesn’t deserve that title. It’s only a mellow take on the women prison genre that was perfected outside the States. The Australian show Wentworth is one example and Vis a Vis (or Locked Up) is another. The show starts with an inmate being boiled alive.

Macarena Ferreiro is set up by her boss/lover and ends up in prison for tax crimes. First naive and used to luxury, she has to adapt to harsh prison conditions, and harsher inmates. On the outside, her parents try to secure a large sum to pay her bail. 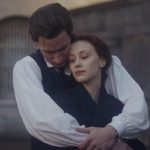