Rory DohertyI1.19.2023
Danish Auteurs Take Streaming: The Kingdom – Exodus and Copenhagen Cowboy
With their new miniseries, acclaimed directors Lars von Trier and Nicolas Winding Refn push the boundaries for the kind of experiences we should have on streaming.

Does it feel like streaming services are running on fumes nowadays? It’s become clear that relying exclusively on ever-increasing subscriptions is not a viable long-term financial solution for the entertainment industry, with platforms frantically hedging their bets on whatever they’ve pegged to be their new mega-hit while canceling every show you ever loved, sometimes while the cameras are rolling. As we begrudgingly start the shift back to ad-supported programming, all the decade-old promises of a revolutionary new television medium now seem foolishly hollow: streaming would give audiences more power over how shows are consumed; it would dismantle archaic network production hierarchies; stories could be told in ways that they never would in film. While none of these promises ever truly materialized (labor rights and residual cheques have taken a sizable dent thanks to streaming’s business model), two Danish provocateurs have followed through on that third promise just as streaming’s dominion has started to crumble.

Lars von Trier, Denmark’s enfant terrible, and Nicolas Winding Refn, Denmark’s enfant sauvage, have made careers out of polarising, controversial, and intense works. While von Trier’s origins in avant-garde pioneering tried to strip film of all its glossy artificiality, resulting in a lot of visceral, vérité-esque psychological dramas, Refn (or as he credits himself, NWR) submerges his characters in an oozing, oppressive style that both reveals and obfuscates a primal human nature. Although a generation apart, von Trier and NWR approach their English-language films with similar quirks: unnatural dialogue, erratic performances, with bursts of explicit or violent material. There’s a keen sense of depravity in their work; even when our performers are American they feel distinctly European in characterization. 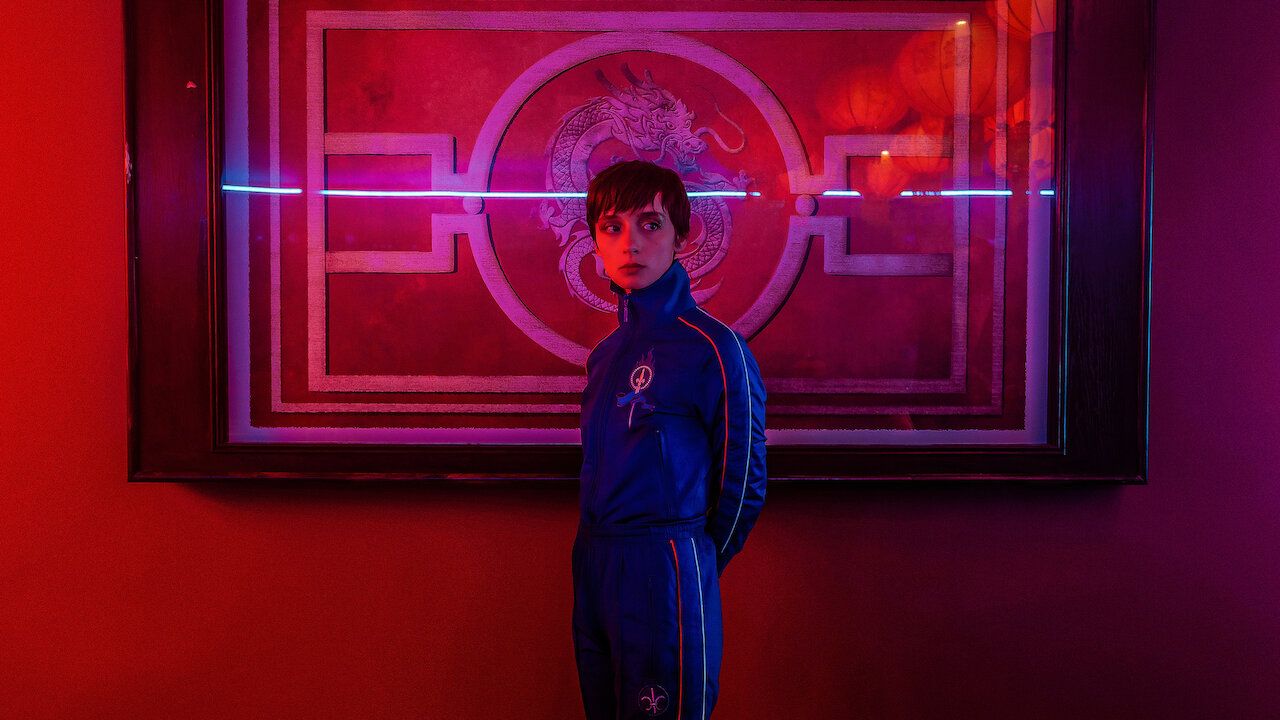 For both filmmakers, their latest work is a bit of a homecoming. Netflix’s Copenhagen Cowboy, NWR’s first Danish-language work since Valhalla Rising, returns to the early-career-defining crime roots of his capital city. The Pusher trilogy (1996–2005), while characterized by slick camerawork and arrhythmic editing, was a lot more grounded than NWR’s later crime neo-noirs: Drive, Only God Forgives, The Neon Demon. With Copenhagen Cowboy, the Wild Child’s second consecutive miniseries after Amazon Prime’s Too Old to Die Young, it’s clear how much NWR has evolved since his Pusher days—where there were live-wire performances, there are now somnambulant ones; where there was a constant, crackling energy, there is a gradual, creeping sense of unease. There are, however, still the same violent fascists. (And a welcome return from Triangle of Sadness’ Zlatko Burić.)

It feels like NWR’s back-to-back work on Bronson and Valhalla Rising were a springboard for the rest of his career—not yet dripping in neon-drenched production design, but nevertheless showing a clear fascination with men with abstracted identities and a desire to purify themselves or others through violence. In an uncommon move, Copenhagen Cowboy’s mercurial, opaque “hero” is a woman: the androgynous Miu (Angela Bundalovic), who has elemental powers and sick martial arts capabilities. We’re immersed in a gang war with music video aesthetics, long, panning shots capturing not much movement, and dialogue that sounds like no living person.

The filmmakers are both aware of what audiences want or expect from modern television, and completely disinterested in providing it.

After his previous 13-hour miniseries, NWR has scaled back the runtime but is equally committed to minimalist, potentially punishing storytelling. NWR, being utterly besotted with his own filmmaking identity (he and his work are the subject of two separate documentaries), is no doubt aware of criticisms of his ultra-slow thrillers (that, for example, they are like staring at a lava lamp for 90 minutes) and has in response delivered content in direct defiance of audiences with short attention spans and a low tolerance for violence. This is not the eye-catching series that Netflix’s expansive audience will want to binge; it comes as no surprise that “the algorithm” has not been kind to Copenhagen Cowboy.

Von Trier’s return to his Danish roots, however, is a lot less self-indulgent. Rather than lauding over the evolution of the filmmaker’s style, von Trier instead tries to manifest an uncanny sense of over-familiarity. Von Trier created a hit in the mid-90s with his comedy-soap-horror The Kingdom—a satire of hospital shows, bureaucracy, spiritualism, and most of all Denmark. It’s been 25 years since audiences last visited the Rigshospitalet, the Copenhagen hospital where trivial problems are treated like they’re the end of the world, and where Armageddon is to be begrudgingly worked into our busy schedules. Here, anything can happen—from a Freemason brotherhood of doctors secretly swapping organs to a demon baby spawning with Udo Kier’s head. 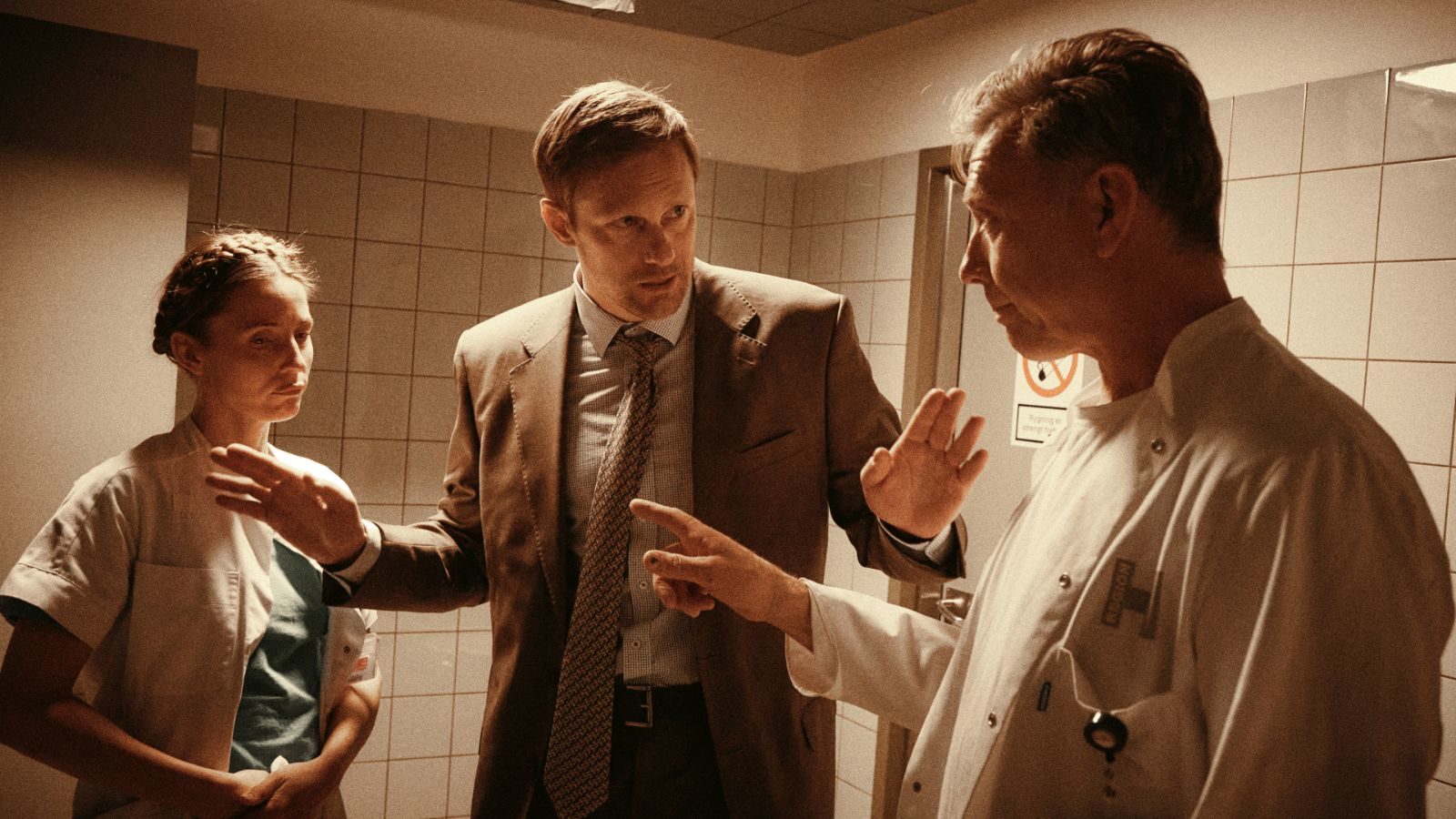 With The Kingdom: Exodus (which, like Copenhagen Cowboy, premiered at last year’s Venice Film Festival), there’s a literal crossing of the threshold that brings the beloved ‘90s world back to life, as our protagonist Karen (Bodil Jørgensen) goes from a viewer of The Kingdom to an inhabitant of it—adopting the elderly-woman-solves-supernatural-mysteries role from the original series’ lead character Drusse (Kirsten Rolffes, who passed in 2000). Exodus is full of doubles: children of OG characters, people who inherit established monikers, Satanic doppelgangers, and pale imitations of old heroes. Much is forgotten or misremembered from the original show; what returns is sick or dying, and all returning does is bury them deeper. The absurd humor is still present though; replicating the original show’s tone only emphasizes how much has changed since then.

Early on, it’s pointed out that Rigshospitalet is now no longer the poster child for Danish medicine; it feels like a self-conscious acknowledgment of von Trier’s view of himself as a filmmaker, after recently retracting his claim of being “the best director in the world” and hiding behind a curtain during the credits whereas an “unbearably cocky young Lars von Trier” used to wax about the episodes we had just watched. Von Trier says “vanity” now keeps him from making physical appearances (a claim made ironically amusing by Exodus’ final moments), and when viewed alongside the Parkinson’s diagnosis he received during production, it’s clear the filmmaker has taken a more muted view of his own oeuvre. Exodus is a long-overdue sequel that’s much more bittersweet than plainly satisfying. Just as NWR took a pointedly inaccessible, “take-it-or-leave-it” approach to his Netflix series, von Trier makes Exodus authentically Kingdom-esque, but denies a simple rehashing of his previous hits.

Both series have launched on vastly different streaming services, and while Copenhagen Cowboy is fated to polarise audiences on a platform that has no interest in nurturing such idiosyncratic programming, Exodus finds a more welcome home on the trendiest streamer of international fare, MUBI. For better or worse, both Danes have scored an increasingly uncommon artistic victory—they’re able to do whatever they like on streaming with minimal oversight on their auteurship. In both works, we can see subversions of our modern expectations with revival series and broader streaming content; the filmmakers are both aware of what audiences want or expect from modern television, and completely disinterested in providing it.

It’s been observed that TV is being increasingly made and marketed like film, potentially to insist to viewers that they’re going to get the same scope and quality we usually reserve for cinema. Usually, filmmakers would step into film to direct already scripted miniseries, or make an ongoing series mimic their visual style after directing the first few episodes. It’s rarer we see what von Trier and NWR have done: told an expansive, episodic story with no compromise to their visions. If streaming is ever going to truly upset network TV or the film industry, it needs to give more autonomy and expressive freedom to filmmakers who are not used to being constrained. General audiences may not immediately lap it up, but streaming services can only forge a unique identity by pushing the boundaries of what viewers can expect from their platform. 2022 showed that the Danes are one step ahead of them.