Aswathy GopalakrishnanI1.12.2023
Declaration: The Frail Male Psyche, Caught on Video
If Indian director Mahesh Narayanan's new drama looks through too limited a screen, then it makes for a fine portrait of man's insecurity.

Few mainstream Indian filmmakers appear as fascinated with the digital screen and its impact on everyday life as Mahesh Narayanan. His C U Soon (2020), a screenlife thriller about an incident of human trafficking in a wealthy West Asian city, looked into ambiguous and false identities created on the internet. In Declaration / Ariyippu, his latest, starring Kunchacko Boban and Divya Prabha in the lead, he once again spins into the story concerns about the camera and digital devices watching and breaching human life.

Premiering at the 2022 Locarno Film Festival before playing at the London and Busan International Film Festivals, Declaration is located in the enticing space between mainstream and arthouse, shot entirely in an industrial suburb of New Delhi in a grey winter, when the world was under the grip of the Omicron wave of the COVID-19 pandemic. It is an unusual time, but the human struggle at the film’s core is a familiar one. At a rubber glove factory, short-staffed and under strict pandemic regulations, a woman’s body bears the brunt of a clash between two men. A rigged system and poverty force an immigrant couple to choose between ethics and a better life. 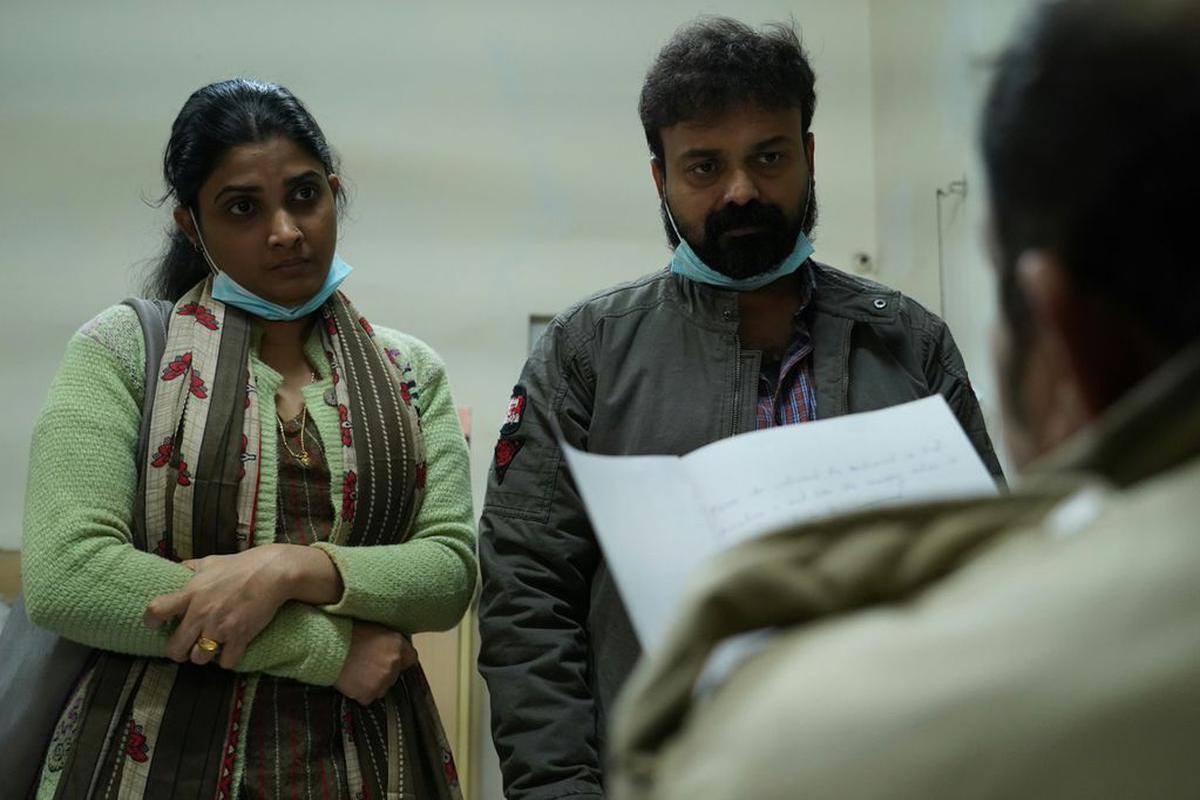 At the centre of Declaration is a vertical film shot on a humble smartphone. Hareesh (Kunchacko Boban) and Reshmi (Divya Prabha), an impoverished young Malayali couple working in the factory, make a “skill video” of her working in the factory—secretly, for the use of smartphones is restricted inside the factory—to be submitted with her work visa application. At a later point in the film, this video is distorted, combined with another clip that shows a woman who eerily resembles her performing oral sex on an unidentifiable man. This doctored video is then leaked on the factory workers’ chat group, presumably by a fellow worker in the factory with whom Hareesh had once clashed. The couple, already brought to their knees by the pandemic that crushed their migration dreams, is thrown into infinite disarray.

Director Mahesh Narayanan’s eyes are trained on the setting, the world that contains and controls the characters. The blue coldness of the interiors of the factory spills onto the workers and their interpersonal relationships, turning them into herds of cattle on an industrial farm, trapped in their routine. Reshmi, for one, is almost always surrounded by heaps of gloves, or flanked by friends or colleagues, devoid of personal space. Narayanan thickens the setting using a sub-plot: a diligent supervisor (Loveleen Mishra) finds out that the management has been smuggling used gloves into the factory. A video is recorded, as proof of corruption. And yet again, Reshmi becomes a party to it, passively rather than by her own will.

The viewer becomes a passive onlooker watching a marriage in jeopardy from close quarters, and the impersonality makes the characters’ situation more unsettling.

Cinematographer Sanu John Varghese’s camera is often restless, reminding the audience of its own mediation. The viewer becomes a passive onlooker watching a marriage in jeopardy from close quarters, and the impersonality makes the characters’ situation more unsettling. In a moment particularly ridden with tension, Hareesh climbs into bed and overpowers Reshmi while her friend (Athulya Nair) and her son lie asleep just a few inches away. But you see the sexual violation coming from miles away. A definite sense of lovelessness looms over the scenes from the marriage.

Narayanan certainly knows the truth of the story he is narrating, but the pathway he chooses can be a dodgy one. One cannot shake off the feeling that everything unfolding on the screen is preset. Even in the scene where the resentment brewing in the couple’s marriage finally comes out into the open and turns into domestic violence, the actors’ movements come across as restricted, their gestures measured; you sense the overbearing presence of the filmmaker. Although Kunchacko Boban, a seasoned actor, makes the most out of the limited space he is granted, Divya Prabha, a relatively younger actor, flounders, aligning her performance with the film’s obscure vision of Reshmi, denying the audience any view of her interior. 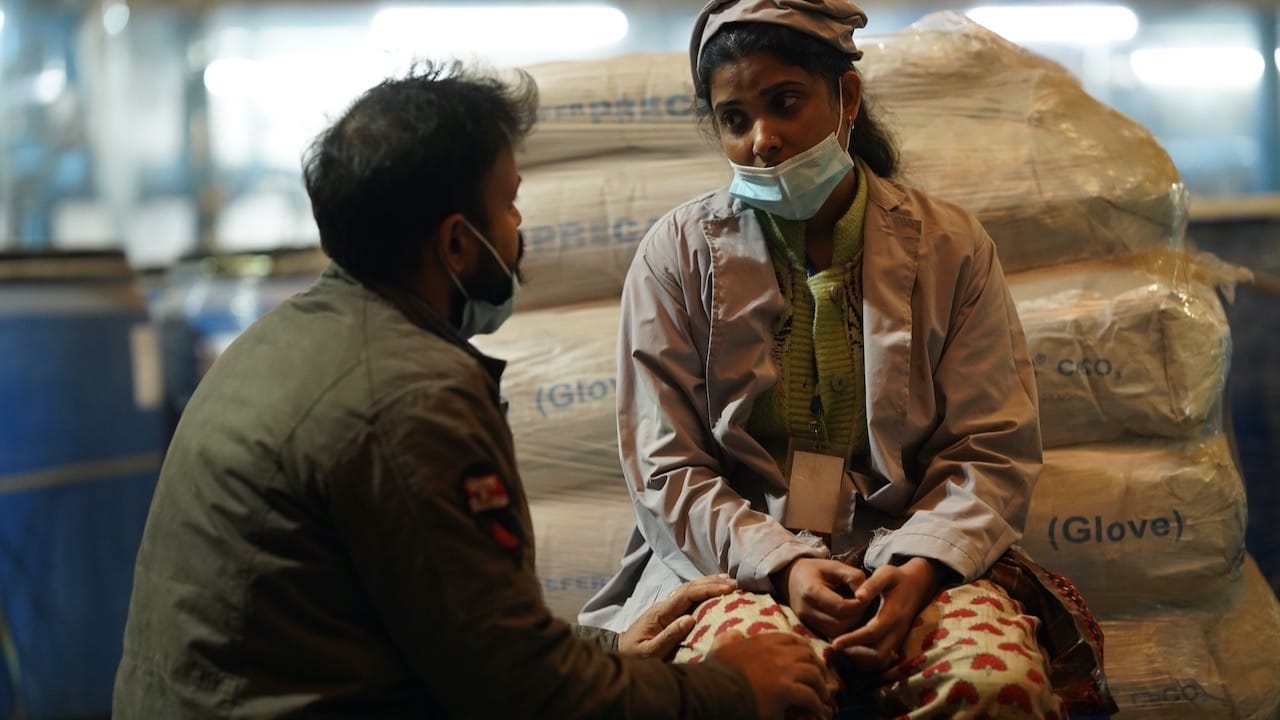 But if Reshmi is relegated to being an ill-defined figure, then the film makes a fine portrait of the male psyche. Hareesh’s insecurities and frailties come undone in sharp contrast to Reshmi’s profound sense of justice and honesty. At one point, you watch a sleep-deprived and stressed-out Hareesh studying the video, enlarging the image using his fingertips to scan the woman’s face. You get a sense of what he is looking for. It is on an occasion such as this one when Declaration becomes an arresting psychological study. The wife looks at the video only momentarily, but she finds a connection, too—not physical but spiritual. She finds one of her tribe.

Several images of hands appear in the final sequence, signaling the world moving past the pieces of the crumbled marriage, into the everyday where patriarchy and corruption rule the roost. Despite all of its more inert notes and the cracks it refuses to address, Declaration could still very well leave the viewer in a state of distress.