Renee CuisiaI6.17.2022
The Falls and American Girl: How to Do Pandemic Storytelling Right
Great pandemic storytelling requires striking a balance between inclusion and omission.

Given all the different ways to approach a pandemic on screen, from preachy realism to blissful ignorance to ironic cringe, what stands out to me the most are the movies that take a stab at the emotional, those that place new-normal concepts like self-isolation and social distancing in more intimate settings to drive uncomfortable questions, such as: what happens when you’re forced to bunker with an already-distant loved one? Does the tension stretch to new lengths, until it finally snaps, or is it instead healed, eased by the salve of finally spending enough time together?

In 2021, most of the film industry shied away from incorporating the novel coronavirus into its developing stories. And it was a sensible move, smart even. As CNN reporter Eva Rothenberg rightly observed, portraying COVID-19 in fictional media was a double-edged sword. You could embrace the reality of living through an unstoppable viral disease or you could sweep it under the rug: either way, the stench of death lingers.

But the lack of films that got it right was also too significant to ignore. Here is an unprecedented phenomenon unfolding before our very eyes, and the best that we can do is take it literally or look away. It felt like too much to ask, given the circumstances, but at the back of my mind, I was looking for something that could capture the unique mix of hope and gloom, of concern and indifference, eating away at me. The news covered enough of the social deterioration that was going on externally, so I looked to movies to see how people were reacting internally. After all, no medium more immediately encapsulates the complexity of the human psyche than film.

What a relief, then, to have found not just one but two that did just that. In the 2021 Taiwanese pictures American Girl by director Fiona Roan Feng-i and The Falls by director Chung Mong-hong, I finally found mirrors to my experience.

The films take place against the backdrop of two different outbreaks—American Girl during the 2003 SARS pandemic and The Falls during the ongoing COVID-19 pandemic. Both are led by testy teenage girls, Fen (Caitlin Fang) and Xiao Jing (Gingle Wang), who grapple with a mother they find cold and negligent. 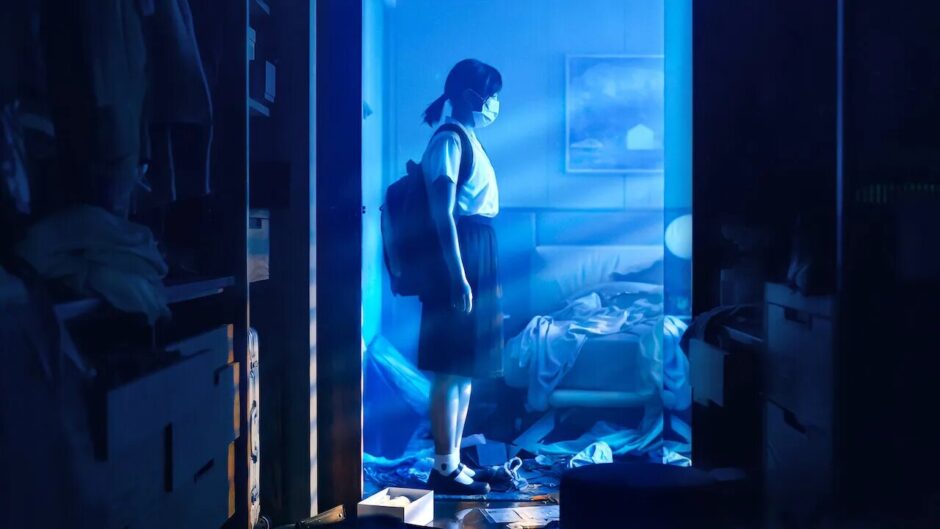 In American Girl, isolation comes near the end when Fen’s sister is suspected to have been infected by the strange, new virus. Their mother joins her in a strictly guarded quarantine center, where she asks Fen via phone call to skip school and stay at home, effectively hindering Fen from joining a speech competition she long planned to win.

Fen is frustrated but not entirely surprised; the speech is all about her mother, after all, an eloquent, cathartic rant about her supposed indifference to Fen’s needs.

Meanwhile, isolation is what sets The Falls in motion. Early on, Xiao Jing is exposed to a COVID-positive student in school and is then asked to quarantine at home, where she lives with her single mother.

The house is spacious and luxurious, a gift from Xiao Jing’s estranged father, but it’s also in terrible disarray. The mother’s worsening psychosis has her throw things where they shouldn’t be, while a construction tarp covers their view of the outside, bathing them in a sad blue light that further pits them against the world. Unlike the rather bratty Fen, Xiao Jing accepts the role of grown-up and rarely lets on how scared and pressured she actually is—not that she needs to, at least not to us. The internal chaos of the house already speaks volumes.

American Girl and The Falls are great meditations on the precious and erratic bond between mothers and daughters. I also find it fascinating that these films share an endless list of similarities. But what really stuck to me was the effective way in which the pandemic figures in their stories. It functions almost like a secondary character, present enough to set things into motion and inspire important epiphanies, but not too much so as to steal the show.

It avoids the aforementioned double-edged trap by striking an impressive balance between the two, as well as by honing in on a specific aspect of the pandemic: isolation. 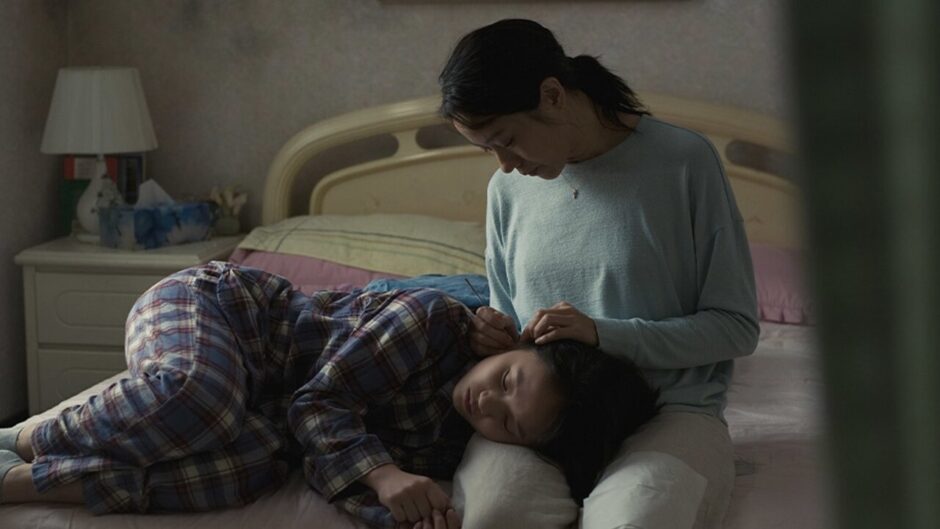 People who have had the fortune (or misfortune) of isolating with their families will know that spending time with people you otherwise miss in the busyness of everyday life proves to be, at the very least, revealing. Some go insane and burn bridges, while the luckier ones are able to rekindle a dying bond.

By the end of American Girl, it seems as if Fen fits in the former truism. All throughout the movie, Fen and her mother bicker in typical mom-daughter fashion. But by the climax, they are cutting each other with words (at one point Fen is also physically hit), and by the end, it’s unsure whether they’re able to recover. Fiona Roan Feng-i, for her part, admits that it took her a while to forgive her parents and rid the script of too much hurt and bias.

The Falls, meanwhile, gets the latter treatment. Xiao Jing and her mother learn to understand one another throughout the film. Even though the mother’s pride is hurt for having their roles reversed, for having been mothered by her own daughter, there is a mutual and beautiful understanding that blooms after their initial tension. (It helps too that the venerable Chung Mong-hong is one of those directors who’s able to convey a lot through visuals; his show-don’t-tell-approach helps the cheesy become hopeful, and the drama, poignant.)

A few paragraphs ago, I called The Falls and American Girl “mirrors.” And it’s true. Even though I’m way past the age of justified angst, I (and I’m sure many others) see myself in Fen and Xiao Jing in their trapped feelings and emotional frustrations. I still have a love-hate relationship with my mother at 25, and the parameters of that have been tested to the extreme during multiple lockdowns and instances of forced cohabitation.

I’m happy to report, however, that these two films finally got me to understand my mom a little better. It also me glean something about pandemic movies that I’d earlier missed.

The pandemic is a global phenomenon, and movies like Contagion and Locked Down have done well to encapsulate its universality. But it’s precisely because The Falls and American Girl insist on being small and intimate that they work so well to capture what those big films miss; it’s their ability to zero in on the personal that makes them truly great feats of pandemic storytelling.