The Martins family are optimistic dreamers, quietly leading their lives in the margins of a major Brazilian city following the disappointing inauguration of a far-right extremist president. A lower-middle-class Black family, they feel the strain of their new reality as the political dust settles. Tércia, the mother, reinterprets her world after an unexpected encounter leaves her wondering if she’s cursed. Her husband, Wellington, puts all of his hopes into the soccer career of their son, Deivinho, who reluctantly follows his father’s ambitions despite secretly aspiring to study astrophysics and colonize Mars. Meanwhile, their older daughter, Eunice, falls in love with a free-spirited young woman and ponders whether it’s time to leave home.

Mars One is a tender, wholesome drama that centers on The Martins, a family of four living on the fringes of a major Brazilian city. Their lower-middle-class status puts them in an odd position—they’re settled enough to have big dreams and occasionally lead lavish lives (the mother and the daughter like to party) but they barely have the means to pursue that kind of lifestyle. As a result, they’re always searching and wanting, aiming high but almost always falling flat on the ground.

There is no actual plot in Mars One. Instead, it studies its characters in a leisurely and almost offhand manner. The approach is so naturalistic, you’ll almost forget you’re watching a movie. But it’s still gorgeously shot and staged, Brazil being an inevitably striking background. At once gentle and vibrant, this big-hearted film is a must for those who are suckers for well-made family dramas. 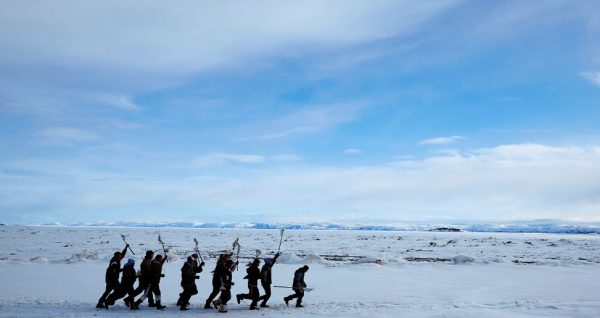