Rory DohertyI1.24.2023
Emily Atef Interview – Director of ‘More Than Ever’
“Basically, I've always been a foreigner in every place I've been.”

Our lives are filled with narratives, conventions, and taboos about death. We expect the sick and dying to regard their condition with a strange mix of penitence and tranquility, accepting their fate in the humblest terms even though they’re expected to always, always fight. It’s something More Than Ever, starring Vicky Krieps and the late Gaspard Ulliel, rejects in a quietly radical way.

Director Emily Atef is sick of not talking about death. Transposing the asphyxiation of contemporary, collective taboos about dying onto geographical spaces, the terminally ill Hélène (Krieps) finds emancipation in escaping French urbanity for stunning, expansive Norwegian rurality, all thanks to the unconventional hospitality of an older Norwegian man named Bent (Bjørn Floberg) and much to the confusion of her devoted husband Mathieu (Ulliel). It’s only there she can free herself from the restrictive ways of thinking about her condition.

We spoke to Atef about her latest film, societal attitudes about death, and the special magic between her cast members. 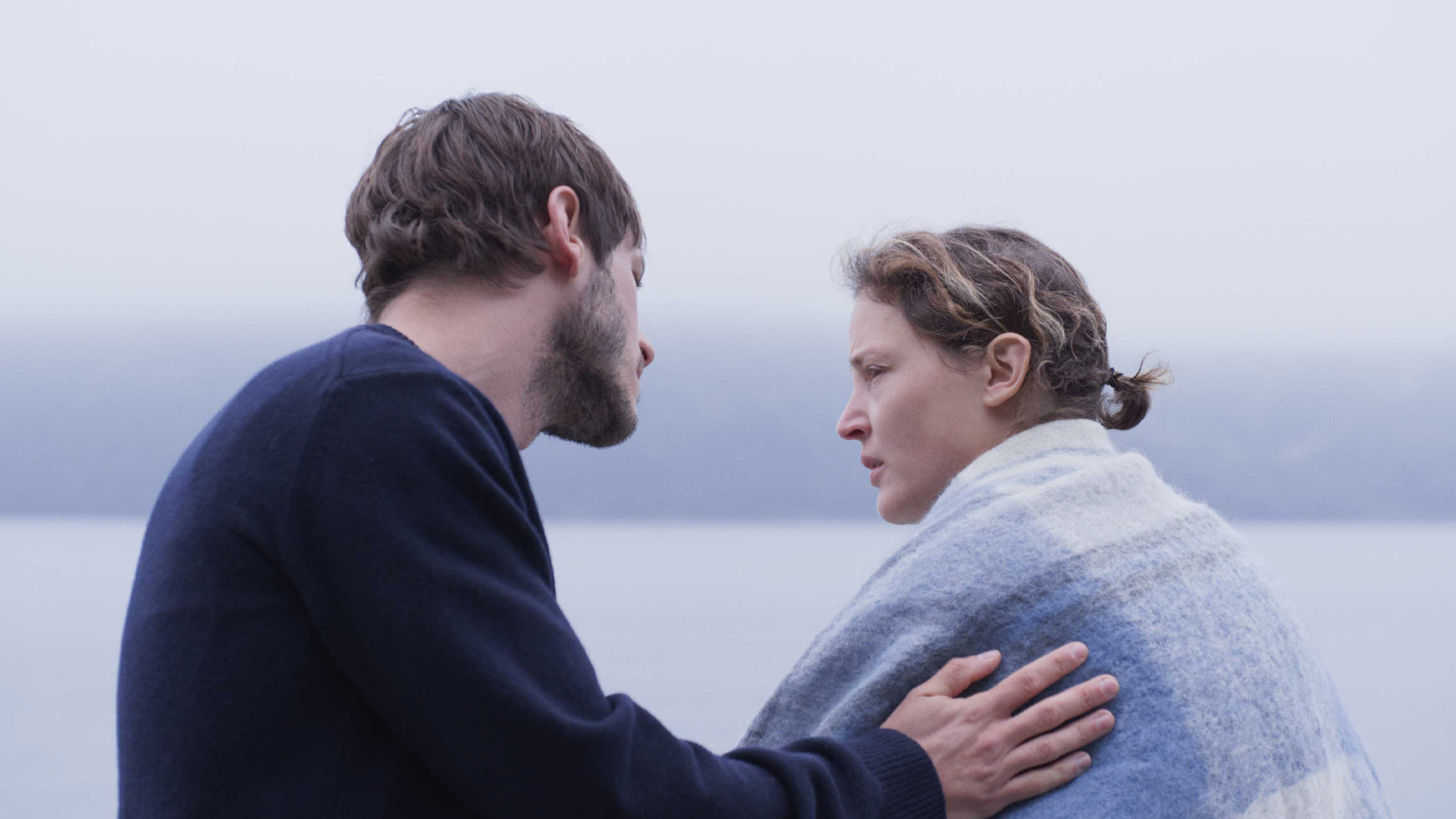 Projektor: Topics like terminal illnesses create divisions between people that are really difficult to articulate. Added to that, the film features multiple languages and characters speaking in their second or even third language. How did you maneuver that in the writing?

Emily Atef: For me, mixing language and travel, it’s really part of my DNA. My mom is French and my father is Iranian. They both were foreigners in West Berlin and met each other at a German language school. When we were born, we spoke French with my mom and bad German in the family.

I was seven when we moved to the States. Then I was in France, then I came to the UK, and then I went back to Germany to go to film school. Basically, I’ve always been a foreigner in every place I’ve been. I speak many languages—none of them perfectly—but this way of going from one language to the other, of having an accent in every language, that’s very much who I am. In my films, there’s a lot of traveling where a character goes to a place of the unknown—a different country, or a different language—to find the solution to a problem or to find themselves.

We’re still in a period where vulnerable, unwell people have had to exist in an isolated state more than the rest of us. What did you want to explore about isolation?

Well, it’s that and also nature. In the city, in Bordeaux, surrounded by all these people that want the best for her, [Hélène] is isolated. In Norway, when she arrives, it’s like fresh air. It’s like the child coming out of the mother. The lungs open, and there’s this light that is aggressive. She [opens up] little by little, even though it’s not easy. She finally finds out in this silence what she really wants.

In terms of symbolism, the film says a lot with just visuals. There are repeated glimpses of drowning, and Bent’s blog has no words, just pictures. What is it about the visual that can convey these really personal, emotional stories better than words?

So, in the whole French part [at the start of the film], we’re very close to her. It’s claustrophobic. She’s not well, it’s dark, she doesn’t want to leave the house. And once she arrives in Norway, not only does the light come—an aggressive light where she can’t sleep—but the image grows, and we really feel that. We really feel the sound as well, since it’s really varied. I mean, the French have a really extreme, amazing way of working and mixing the sound. It’s a big, big part.

I wanted the audience to feel how huge Norway was and how small she was because I wanted them to feel that nature does not care if we die or not. Nature will stay. We’re not that important.

This story has been with you for a long time, about 12 to 13 years. What did the other versions of this story over that time look like? And how different did it become when you got funding and were with these actors?

It moved a lot. The real core story that I had was “a young woman has an untreatable sickness, is dying, and goes to Norway to let go.” Like a wolf leaving his pack to find his place and let go under a bushel in the forest. That I had.

What really changed is Bent, or Mister, because the character of Bent was [originally] much bigger and it was really like a triangle. He was much more present. There was even one script where they had sex, which is impossible to think about now.

Then more and more, the love story between Mathieu and Hélène got bigger, especially when I got the actors. I got them in 2018 and we shot in 2021, so three years. When I had Vicky and Gaspard, when we started to rehearse, there I realized, “Oh, my god. There’s something so special between these two people.” That’s where the love story became bigger and Mister took a step back, which is so right. Because he’s the passeur [ferryman], he’s the one who brings her there, but even he feels it: “I think I should go.” It’s not about him. 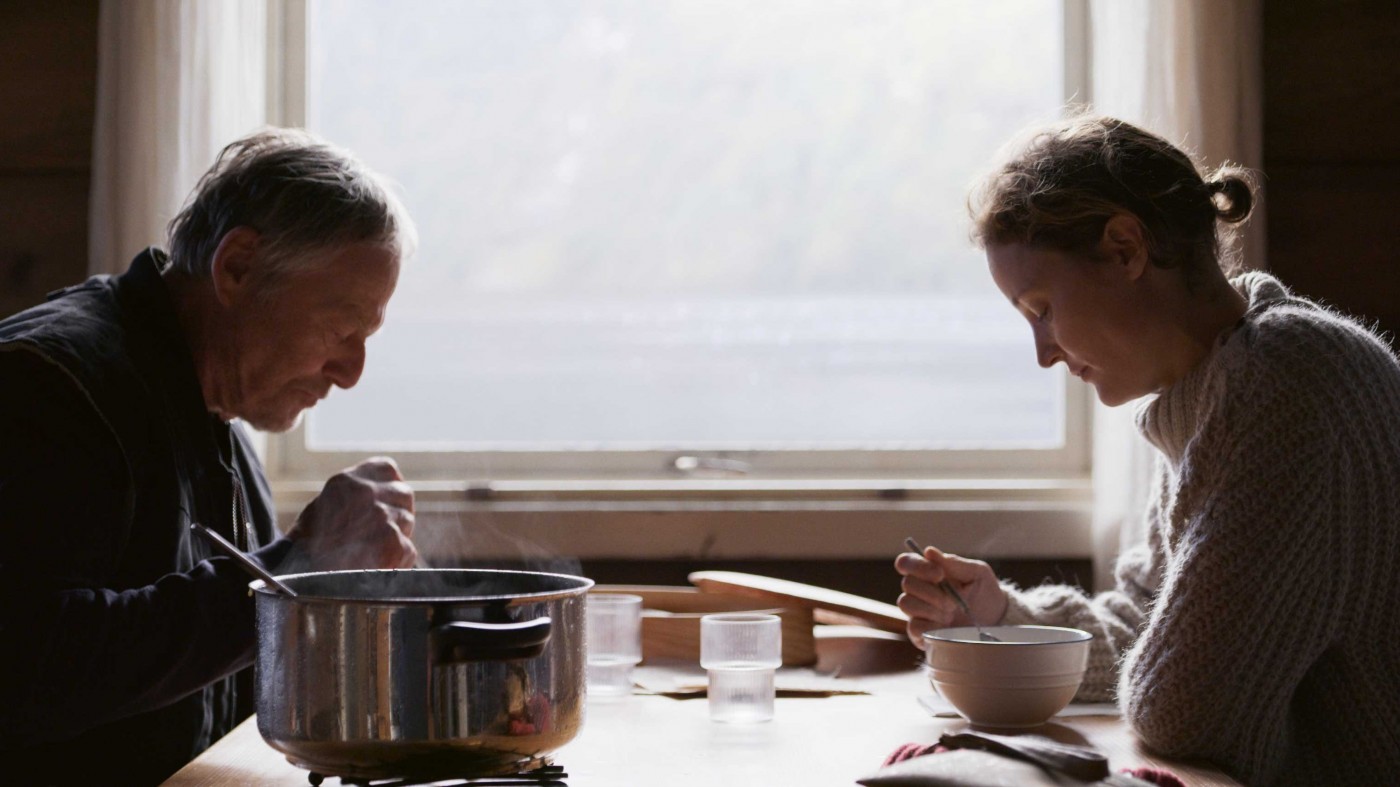 The film suggests that loss is an ongoing, shifting process—something that we’re reminded of tragically after losing Gaspard during the editing process. Do you see yourself reflecting on the film in the future differently?

I do think it’s a film that will also work in 20 years. In Western society, we have such a ridiculous taboo about discussing the end of life, which is something that we will all experience. So I do hope that we start discussing this. I’ve seen that following the film. People say, “Well, how would you end this? Would you do this to me?” and “Our aunt who is in the hospital right now, we never ask if she wants us to visit all the time, crying in front of her. Does she want that?”

I’m hoping that maybe in 20 years, we’re somewhere else, and we actually start discussing it with kids, saying this is a part of life. Like puberty, like being a mother or father for the first time—it’s very challenging. We all talk about these challenging moments to make it easier, right? But why don’t we talk about this and make it easier?