Rory DohertyI8.31.2022
Borja Alcalde Interview – Director of ‘La Sagrada Familia’
“What you get to see is the trust, respect, and love everyone has for each other. They feel they're in safe hands.”

Emotionally, La Sagrada Familia’s journey is painfully intimate, but geographically it’s vast. We join a Peruvian family on a thousand-plus mile road trip from the tiny town of Urubamba in the Sacred Valley of the Incas, through Lima and deserts, to deep in the Amazon jungle. It’s a journey taken by “shaman” parents Sergio and Carmen (although she voices discomfort with the term) in order to restore balance to their family, as their three children seem dependent on technology and out of step with their culture’s rituals and lineage.

Director Borja Alcalde holds his camera close to them in their battered campervan, adorned with Sergio’s own painting, as they push on towards what they hope will be clarity on living a modern Peruvian life. But Alcalde’s journey started with the family long before cameras were rolling. 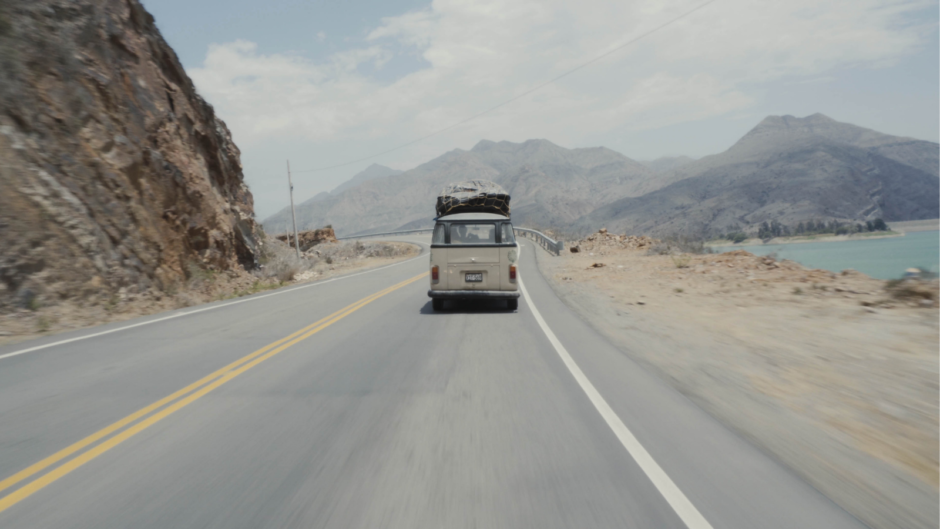 “The very first time I met Sergio, I was on a soul-searching trip with some really good friends in Peru with no camera,” Alcalde says. “One of my friends was in one of the communities in the Amazon, and we were gonna meet in the Sacred Valley of the Incas. We were intending to do some Ayahuasca together and I was asking him for recommendations from someone we can trust… and everyone pointed out Carmen. So we called Carmen and she was like, ‘I’m on my way to the Amazon, so we’re gonna cross each other, but perhaps you can meet my partner and see.’”

“So we called Sergio,” Alcalde continues. “And he said, ‘I don’t know if I can help you. I’m not sure we can do anything. You need to come here and we need to talk.’ And so we did, and at seven in the morning, I was at Sergio’s house [having] a coffee, a chat, and a walk. We liked each other, and he said, ‘You need to go on a diet for three days and come back.’”

Alcalde instantly took a shine to Sergio’s family. He loved the structure of Carmen going out to work as Sergio looked after the kids before duties were swapped. In addition to Sergio’s extensive artistic talents, joining the family on a trek to an indigenous Amazon ceremony finally convinced Alcalde to develop a documentary with them all—but he still had yet to really know Carmen.

Alcalde recalls when Sergio first brought up the possibility of their collaboration with his wife. “Carmen was like, ‘Why? I don’t know him. I’m not gonna do anything with anyone.’ So there was this point where I had to return. I came back six months after to do some travels and ceremonies with both of them, and that’s when we decided we were going to start making a documentary. We put the camera on the second time I went to Peru to travel with them—another road trip, a different one, just the three of us—so we could get to know each other.”

From there, the filmmaker and family grew only closer, meaning he could be the only person to film their quiet but powerful journey. “I think one of the main reasons why it is so intimate is I’ve been going there for the last five years; two, three times a year. [I was] around them and the kids, playing with them, sometimes with the cameras and sometimes without—being a friend and becoming part of that family. So what you get to see is the trust, respect, and love everyone has [for each other]. They feel they’re in safe hands.”

I was trying to be careful because this is the road trip of their life. From the very beginning, I told everyone—especially the kids—that we can stop this at any time.

As the road trip kicked off, however, a shift in the family dynamic had become clear. La Sagrada Familia begins by telling us Carmen and Sergio no longer live together, something Sergio is quick to explain does not undermine the strength of their family unit. But it’s a piece of information that colors the rest of the story. “I knew that something was going to happen,” Alcalde says, describing the atmosphere when the road trip kicked off. “When I did the pre-production in August, I came back in October and the van was the same, [even though] they were meant to be doing all these things to it. I was like, ‘Oh, wow. There’s something going on here.’ And at that point, I was like, ‘This is gonna be a different documentary.’”

This is the tension underpinning La Sagrada Familia, but built on top of that is a finely detailed portrait of a family reaching for a culture, a history, and a community to ground them all. They have anxieties and obsessions, bad habits and quirks, and are led by two parents on the verge of realizing what they need to prioritize in their lives—even if that doesn’t include their relationship with one another. The delicateness of these emotional discoveries meant that Alcalde had a very stripped-back team joining him on the road.

Alcalde settled on one driver based in a second campervan, a sound recordist, and an additional cinematographer, Nico Landa, who had a preexisting relationship with Sergio and his family. “It was important to have someone there that also knew the family and the family knew. It’s such an intimate story and so much is shared; you cannot have many people there. So basically three, plus me,” Alcalde says. 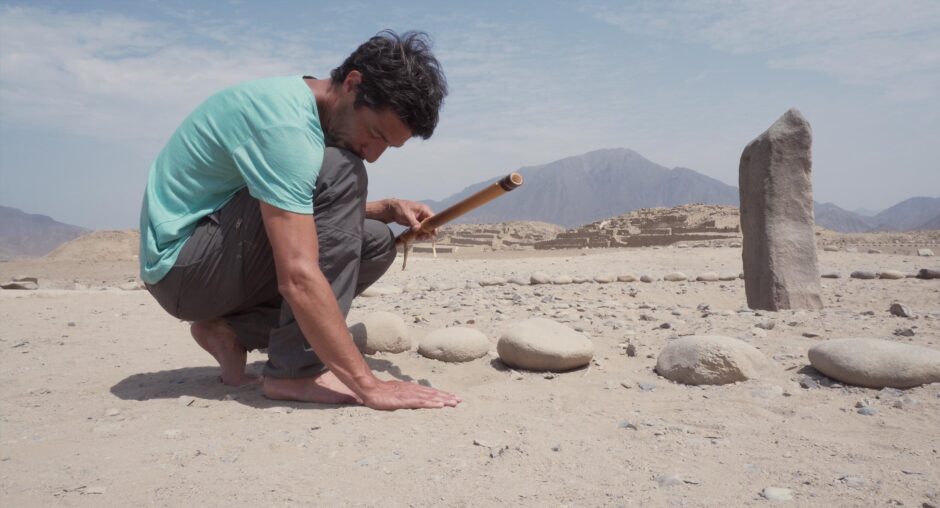 He adds, “I was trying to be careful because this is the road trip of their life. From the very beginning, I told everyone—especially the kids—that we can stop this at any time. And if you want me to go to the other van, you tell me. Because it’s great you’re sharing this, but it’s a lot of intimate stuff. So they knew, and they did, as they should.”

Post-shoot, Alcalde and Scottish editor Colin Monie had a mammoth task in condensing the 1,000 miles into a 90-minute film, a process Alcalde describes as both “painful” and “great.” “It’s been a long process. Super helpful for me to learn from a master like Colin on how to go really deep,” Alcalde explains. “But honestly, it was killing me—just 12, 13 hours a day with Colin going through the details, basically making sure that everyone’s got the right time, that we have a story, that the rhythms and beats [are right]. I mean, it’s a beautiful part of it. And finally, we were both really, really happy and really proud knowing that we had a good 90 minutes.”

It wasn’t until the very last day of shooting did the inevitable happen. Alcalde shares, “This documentary really is being made on the belief that something’s gonna happen, [and] it happened on the last day of the shoot.” But when Carmen told her director of the major life decision she had just made, the cameras weren’t even rolling. “I felt that at that moment, I had to stop being a filmmaker. I had been working on this for many years, but I actually had to be in front of her and look her in the eyes and hug her and be in this family. I’m making a documentary about family!”

The film closes with a poetic visualization not just of the family unit being disassembled, but of something powerful and natural growing in its place. The constructed nature of endings used to bother Alcalde, but the trust he and Carmen share as filmmaker and subject has helped him accept the emotional truth being shown on screen. “Carmen has said this many times,” he explains. “Nature is going to always stay. It will change in shape or form, but it will stay. The ones that are not going to be here are ourselves. So that is the point Carmen is making: nature will take over.”