Aswathy GopalakrishnanI11.24.2022
No Bears: Crossing the Border from Fear to Resistance
Filmed in secret, Iranian filmmaker Jafar Panahi's latest meta-narrative serves as both a political statement against censorship and a reflection on a career under siege.

Jafar Panahi’s poignant and powerful No Bears opens with a terrific sequence, one that hits even harder than, say, the acclaimed one-shot marvel of Romain Gavras’s French film Athena. While the latter flaunts cinema’s capacity to transcend the spatial and temporal limitations of human consciousness—which is no mean feat—No Bears, while pretending to do so little on the screen, braves and profoundly overcomes the horrors of living in a world that stifles art and artists. It’s an infinitely bold and beautiful political act.

The film begins with the story of Bakhtiar (Bakhtiar Panjei) and Zara (Mina Kavani), a couple deeply in love, who have been trying for 10 years to obtain fake passports and leave for Germany. In the opening scene, they are on a busy street in a Turkish town next to a cafe where she works as a waitress. Drawing her to a corner, he tells her the plan. Her passport has arrived, and she should leave in a few days. She will have to wear a blonde wig and be discreet. He promises to follow her soon, but she is not convinced; she does not want to leave him behind. The moment of tension and uncertainty is suddenly broken by the barging in of a movie crew. As the viewer begins to grasp the meta nature of the film, a feathery voice calls “cut” and the camera pulls back to reveal Panahi remote-directing the movie via video call from a dingy room in a faraway border village in Iran.

Of course, this is not the first time Panahi has pulled off a meta exercise. He has always worked with non-traditional scripts that flit between fiction and documentary, a combination of professional artists and non-actors, and minimal camera equipment often concealed from the public at shooting locations, using the malleability of the medium to bypass state-imposed restrictions. Are Zara and Bakhtiar real people? Is this a documentary or fiction? 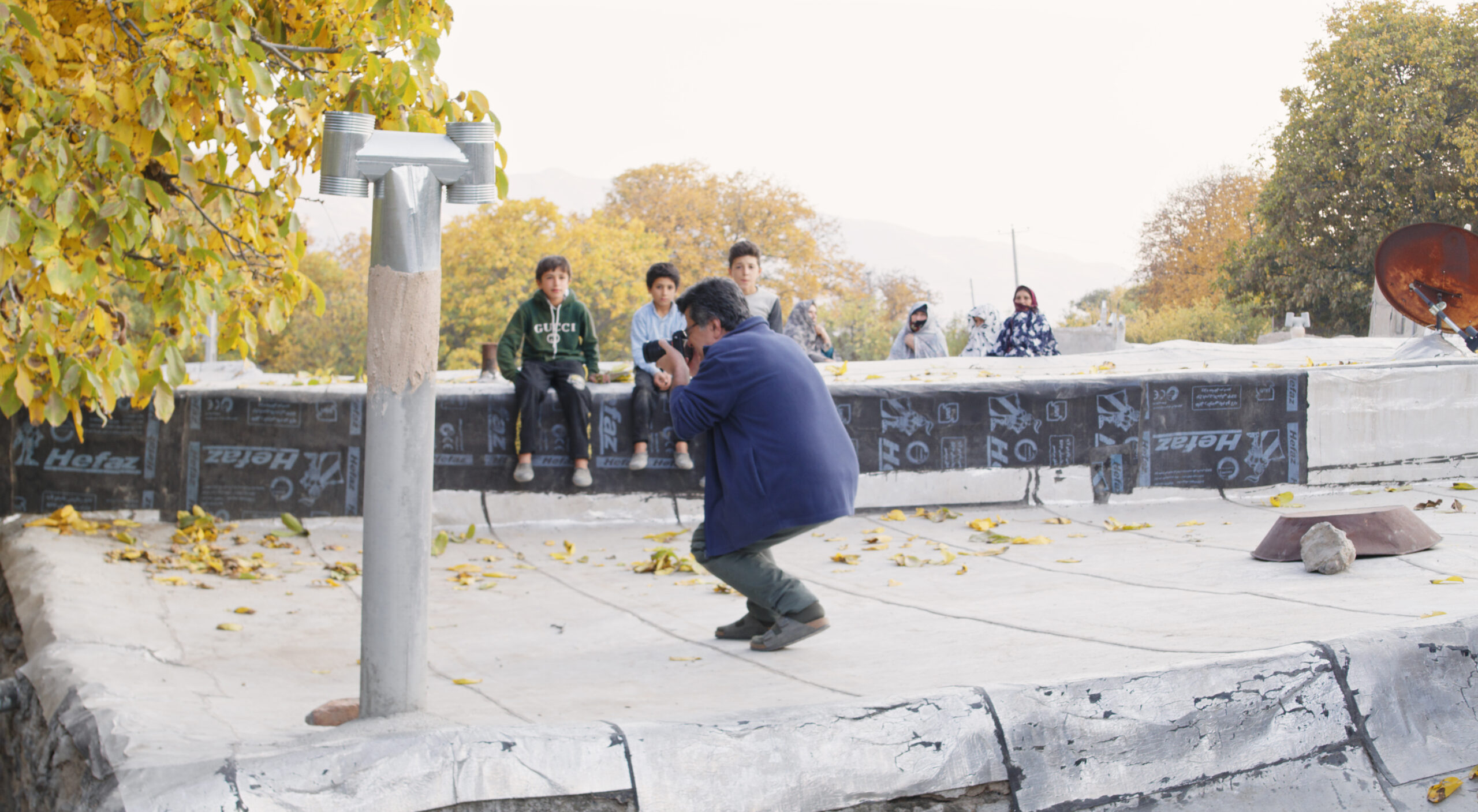 Like his other films Closed Curtain, This Is Not a Film, and Taxi, No Bears is Panahi’s self-portrait just as much as it is about those living in different parts of the world under oppressive regimes that, despite their political differences, concur when it comes to committing severe human rights violations. It is impossible to look at No Bears but through the filmmaker’s recent arrest and jail sentencing. On July 11, 2022, Panahi was detained by the police when he went to the prosecutor’s office to inquire about the arrest of his fellow Iranian filmmakers Mohammad Rasoulof and Mostafa Aleahmad. He has now been sentenced to six years in prison on charges of anti-government propaganda that were filed in 2010 when he was briefly arrested and released on conditional bail.

In the village of No Bears, Panahi is an object of curiosity, especially for the electronic devices he has lugged along with him. The young owner of the lodge is always eager to assist him, be it in filming a traditional wedding in the countryside that Panahi is not allowed to attend or in keeping the prying villagers away. The young man’s old mother fondly cooks meals for Panahi, who reciprocates the love by fetching modern medicines for her backache.

No Bears is essentially a manifesto, about staying back and fighting a system that forces its people to choose between flight and death.

The villagers treat him with reverence and suspicion, posing questions on the purpose of his stay and reminding him of the presence of a revolutionary guard in the village (whom neither he nor the viewer ever sees in the film). Panahi gladly bears with their intrusions while taking mental notes on their behaviour like an amateur anthropologist and keenly observing the traditions they follow or bend to suit their conveniences. His room is on the terrace, which is at first a nicety as it grants him a good view of the neighbourhood. Soon, it turns into a menace as he involuntarily gets involved in a local scandal and the village starts trickling into the house and its premises.

Panahi’s narrative voice is tender and often witty, characterised by a sense of simplicity that separates his films from Abbas Kiarostami’s abstract, metaphysical cinema, although they share similar concerns. His camera records events as they are, sometimes roughly following a character or making a quick pan to film something as though events are unfolding in real-time. Although he has been following this semi-documentary style since The White Balloon, his debut feature film, it attained a new meaning in the later years, after his arrest. The government had banned him from leaving Iran or making movies, but Panahi never stopped filmmaking. He remoulded his style to circumvent the regime’s decrees and has achieved stellar cinematic results. 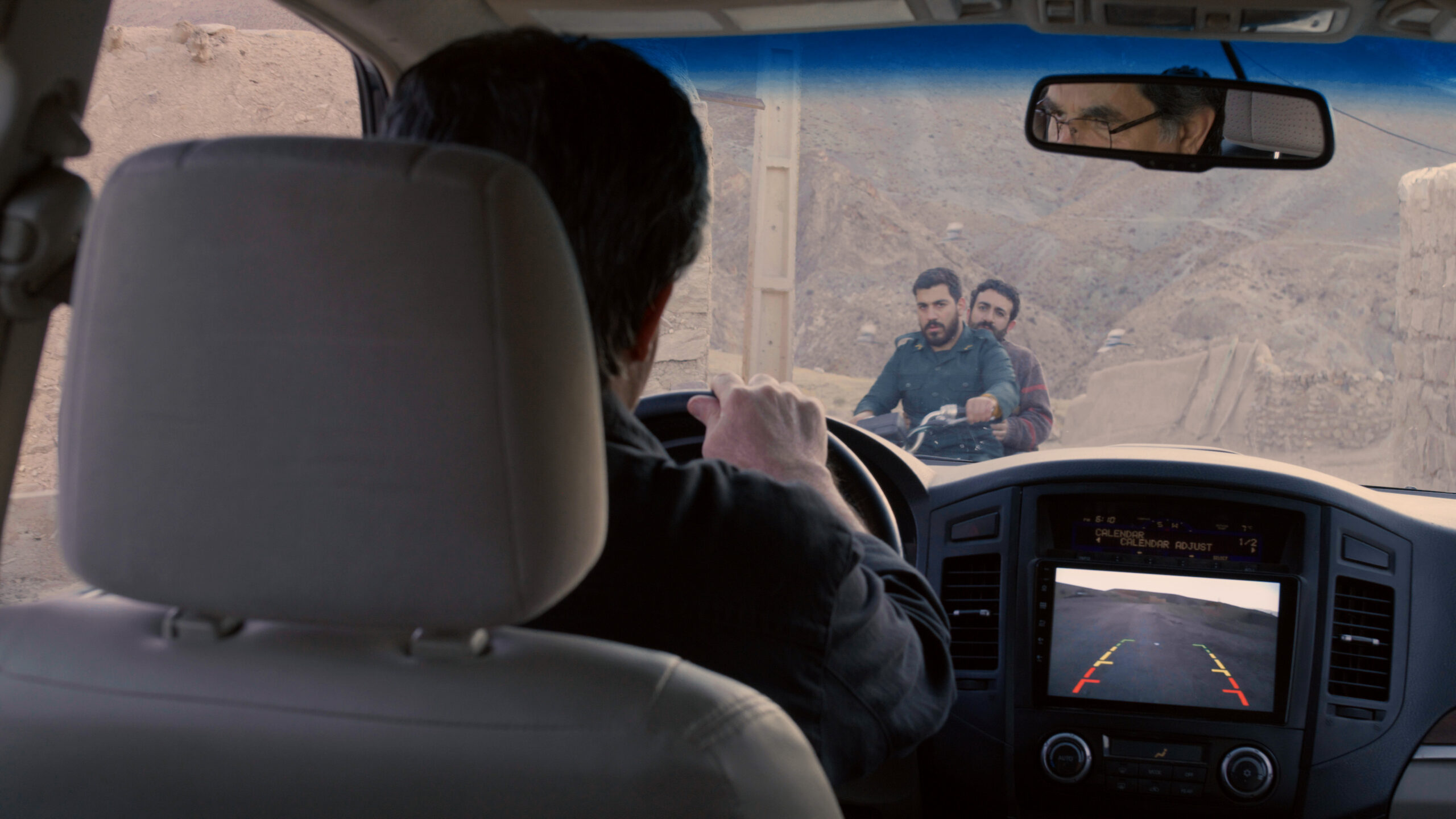 In No Bears, Panahi seems more self-reflective than ever, pondering his living conditions and art, and the present and future of the people of Iran. In an early scene, an acquaintance takes him to a hilltop on the border and offers to smuggle him to Turkey. The filmmaker gazes at the well-lit town in the distance and asks the man to show him the border line. When he realises that he has accidentally stepped onto the other side of the line, he panics and leaves the spot. It is not the State that Panahi fears—he has been steadily defying them for over a decade—but the thought of fleeing. No Bears is essentially a manifesto, about staying back and fighting a system that forces its people to choose between flight and death.

Panahi’s call for a unified resistance arrives at a crucial moment as Iran is mired in a powerful civil society movement against the authoritarian state. In one of the most telling scenes in No Bears, the chatty owner of a tea stall warns him against taking a particular route home because “there are bears on the prowl.” A little later, the man reveals nonchalantly that the bears are merely a village myth to keep people out of the streets at night. Here is Panahi winking at his viewers, shining a torch into the dark alleys of collective fear, the handiest tool of fascism, urging them to come out onto the streets.