Patrick PreziosiI10.12.2022
The Novelist’s Film: The Simplicity of Personal Art
South Korean auteur Hong Sang-soo continues interrogating his own attitudes toward art with another lowkey drama.

Hong Sang-soo films often move in circles, sometimes perfectly spherical, other times more lopsided, but always traceable. The recurrence of characters and locations across not just varying temporal scenarios, but entirely filmic ones as well, creates a pared-down, choose your own adventure structure for the immediate surroundings. The Novelist’s Film, one of two Hong films in this year’s New York Film Festival, hinges on these off-the-cuff decisions, which only accumulate more secondhand agency for their owners as we accompany the players back and forth between a bookstore, an observation tower, and a park. The eponymous movie of the novelist is the functional climax, and Hong ushers us along to its fruition with, as usual, a self-effacing alacrity.

Although made up of a series of chance encounters, The Novelist’s Film begins with a premeditated action: Jun-hee (Lee Hye-young), a renowned if somewhat blocked-up novelist, takes a trip to her old friend’s bookstore, arriving unannounced. As is the case with many Hong reminiscences, the reunion of Jun-hee and her somewhat estranged peer (played by Seo Young-hwa) is soft-spoken, with veiled references to the past, such as the poignant admission by the latter that she no longer writes, while also remarking upon the success of the former. As is learned later on, when Jun-hee runs into film director Park Hyo-jin (Hae Hye-kwon) and his wife on the observation deck of the aforementioned tower, Jun-hee’s success wasn’t enough to convince financiers to back a joint project between her and the filmmaker. 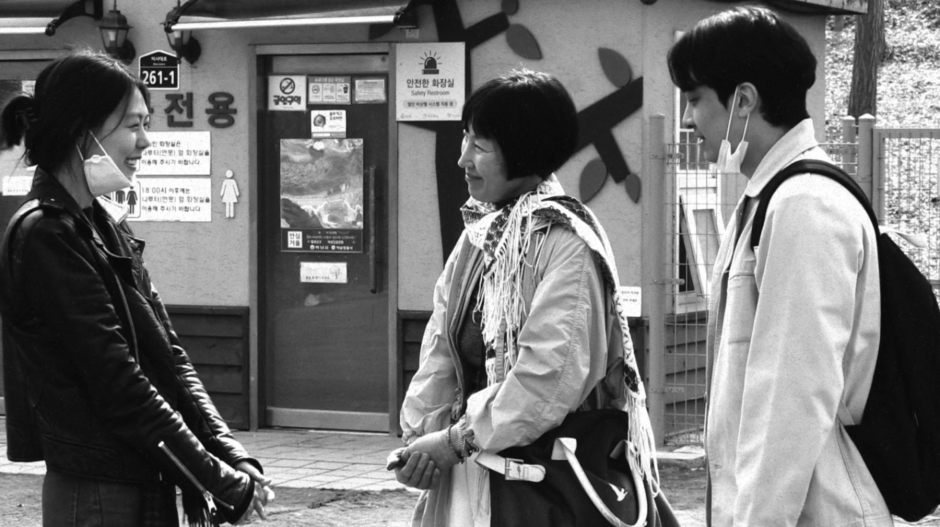 This is all mostly ancillary circumstance for the meeting between Jun-hee and Kil-soo (Kim Min-hee), a semi-retired actor recognized by Hae’s director in the park that the trio is walking through. Hyo-jin expertly commits the most Hongian of blunders, demanding some male-centric ideal of life and work from the women around him (in this case, believing that Kil-soo stepping back from commercial acting is a “waste”), and this brings Jun-hee and Kil-soo closer together, the former stepping in to take the director to task for his loaded word choice. He’s not so subtly nudged away by his wife, and the two women are momentarily left alone.

Hong has spent over two decades now dissecting the ramifications of his mobius-strip metatextuality, groping his way through fractious scandals and pained relationships with a warts-and-all cinema

Their conversation stokes inspiration, and Hong’s long, generous two-shots track the shared excitement from its abstract inception to its more precise decisiveness—namely, the plan to make the eponymous film. Two artists, by pure happenstance, are united in a venture that sets down new avenues for their respective mediums, as their peers continue to perpetuate commodifiable conventionality. The unified front of Kil-soo and Jun-hee pushes for release and achieves it, laying the groundwork between characters, and in the interstices as well. While looking at the park spanning below the tower through binoculars, Hong uses a slow zoom to key us into Jun-hee’s visual perceptivity, a talent that extends past the written word. 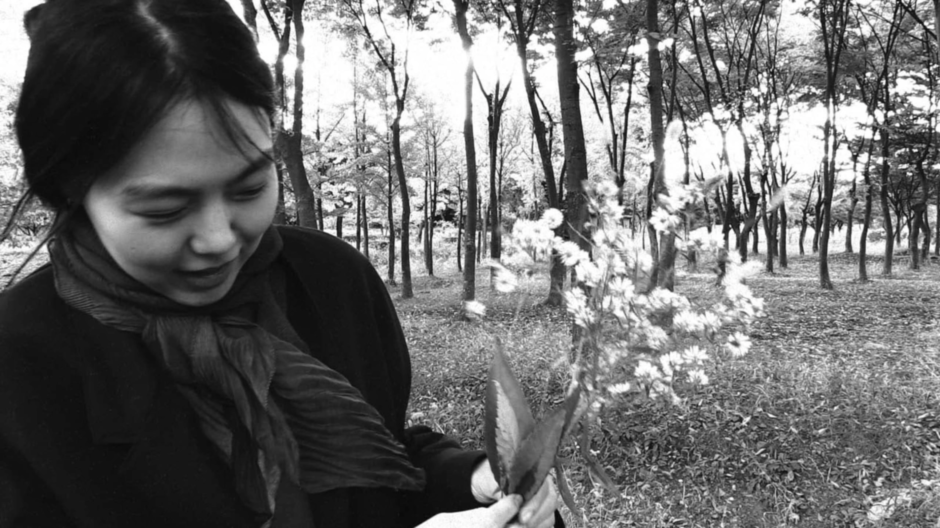 Hong has spent over two decades now dissecting the ramifications of his mobius-strip metatextuality, groping his way through fractious scandals and pained relationships with a warts-and-all cinema that, if not actively pushing for transcendence, at least posits the sustained possibility of a respite, a moment to catch one’s breath amidst petty unrest. Should one have to explain their newfound penchant for lowkey work, the kind that works outside the strictures of standard commerce? Hong doesn’t think so, and much of The Novelist’s Film finds Jun-hee and Kil-soo explaining the mechanics of their film, their prospective partnership, never harping on the personal significance it so clearly has for the two women.

A round of drinks with a poet seems that it could be hurtling towards an unreasonable dressing-down à la last year’s Introduction, but Hong wisely cuts to the film’s premiere, the filmmaking process totally eschewed. A lo-fi collection of handheld color images, cutting against Hong’s high-contrast black-and-white, Jun-hee and Kil-soo’s film is almost like a Jonas Mekas one-reeler, electrifying itself with the present company: an old woman picking flowers, Hong himself behind the camera, speaking, “I love you,” to Kim. The only thing that comes close to a cameo in his own filmography, this offscreen admission of love elevates The Novelist’s Film to the point where it feels so personal, one feels they have to look away. But previously, such instances were colored with dread and faux pas; here, we’re brief witnesses to a commitment maintained through art.