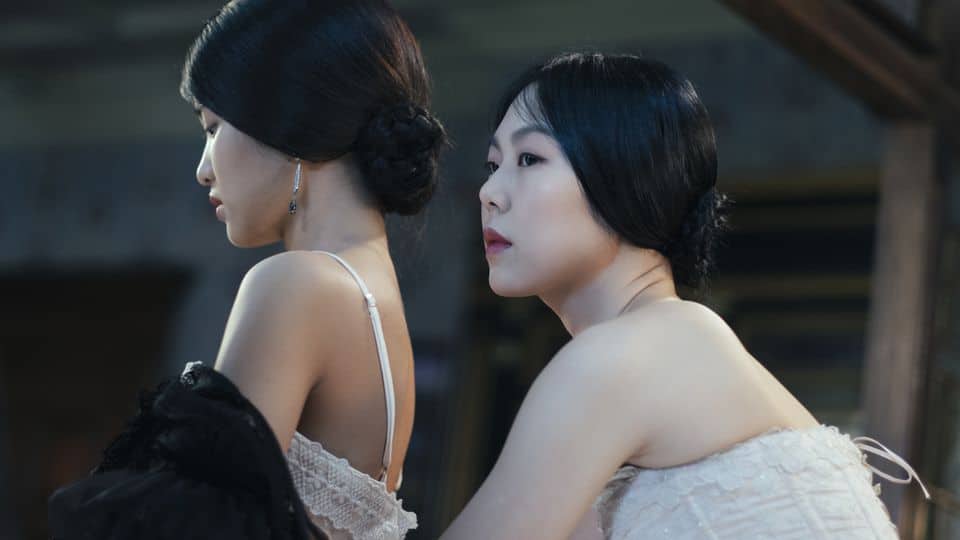 Called a masterpiece by many, you are likely to decide to watch this twisted, sexy South-Korean thriller twice.

A Japanese woman hires a handmaiden who is secretly working with a con man to cheat her out of her wealth.

The 2016 outing of South-Korean auteur director Park Chan-wook (maker of Oldboy and Stoker) once again shifts attention to the dark side of what makes us human: betrayal, violence, and transgression. Based on the 2002 novel Fingersmith by British author Sarah Waters, The Handmaiden revolves around the love of two women and the greedy men around them. Park shifts the novel’s plot from Victorian London to 1930s Korea, where an orphaned pickpocket is used by a con man to defraud an old Japanese woman. Routinely called a masterpiece with comparisons made to the likes of Alfred Hitchcock, this is a stylish and meticulous psychological thriller that packs enough erotic tension to put a crack in your screen. If you love cinema, you can’t miss this movie. You might even have to watch it twice.

quite a disappointment. as much it is praised, i find it boring and senseless. Alltough it looks nice, there are way better korean movies. Do not be fooled by the famous director, it is a boring remake with unreasonable sex and torture. I guess these elements were needed because of the lack of everything else.

I thoroughly enjoyed the unfolding layers in this movie, which I did not expect. The characters were all equally interesting and I will be recommending it to my friends

This movie is beyond excellence. Every detail is perfect, and the plot keeps misleading you until the very end.
However, you should watch this movie alone, as it does not lack explicit scenes, especially starring women only

Keeps you on the edge every moment. The climax is amazing. The mystery around the protagonists are portrayed very well. I like how our empathy shifts from one character to another as new truths are presented to us. We do not really know who has the upper hand till the end.

This movie was not for me. Although I agree that it was well-made, there was a lot of very explicit scenes. I enjoyed the varying points of view, but this film moved very slowly, and the ending was ridiculous.

This film is an absolute masterpiece, the music, the costumes and the filming are just outstanding.

Typically, I would hesitate to watch any movies that are over 2 hours long, but this movie so engaging. The cinematography was unlike any other and everything–the costume, the set, the hair–was so aesthetically pleasing. This movie is easily one of my favorite movies.

A wonderfully feminist film – and great on screen chemistry between the female actors.

Read our dedicated guide on how to watch The Handmaiden (2016) >