Is EROS NOW Worth It?

Have you tried EROS NOW? Let others know what they can expect. 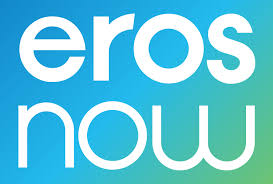 How many good movies are there on Erosnow?

We have spotted good movies on Erosnow.

In India, there are two membership types: a basic plan with limited access at INR 49 per year, and a plus plan with unlimited access and functionalities like HD streaming and offline download at INR 99 per year.

In other regions, you can access a premium plan exists at different prices depending on your region: US $7.99 per month, UK £4.99, UAE DHMS 20, Malaysia MYR10, among others.

The Eros Now app is accessible via Apple TV, Samsung Smart TV, Xbox On, Xbox Series X/S, and Chromecast, as well as via web browser (erosnow.com), desktop and a mobile app on Android and iOS.

Who is Erosnow for?

If you’re really into Bollywood movies, Eros Now is most definitely the app for you. You’ll find a wide range of feature films from classic hits to modern films. It’s worth noting that English-language subtitles are said to be limited in availability and quality.

Niche programming: If you’re on the lookout for Bollywood films, you’ll find more than your fair share on Eros Now, with a reported 12,000 digital titles including movies and shows, including web-series and short-form content.

Eros International plc was founded in 1977 as a movie acquisition company and eventually became a distributor of VHS. The on-demand platform Eros Now was founded in 2012 and has 18 million subscribers worldwide, while also being among the Top 100 most subscribed YouTube channels in India.

Pricing at Erosnow starts at $7.99 per month.

Affiliate disclosure: In order to get the data that made this list possible, some of our partners might collect revenue if you click on some of the links in this page. We might also collect revenue in some cases from your click, this allows us to work on making agoodmovietowatch.com better.