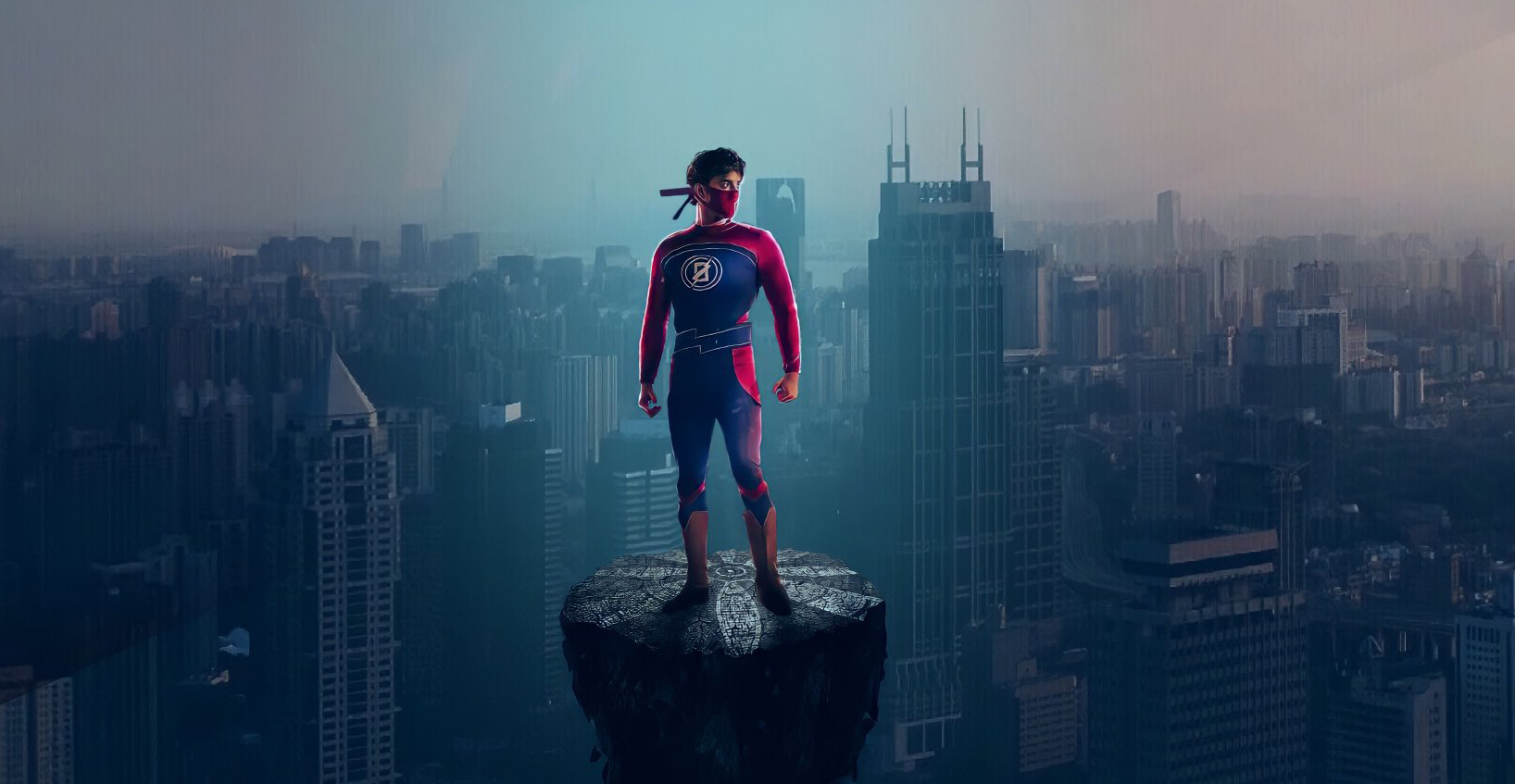 Gerald CajayonI7.13.2022
Minnal Murali: The Essence of a Superhero
Finally, a superhero flick rooted in its community’s own struggles.

First, a confession: I am not a fan of superhero films.

In the past decade or so, we have seen an unprecedented shift in the landscape of cinema toward franchise films, most notably that of the Marvel Cinematic Universe and the DC Extended Universe. This has resulted, as Martin Scorsese would put it, in the compartmentalization of films into “audiovisual entertainment” and “cinema”. The domination of the former especially proved perilous to the cinemas of smaller countries that do not have the necessary funding to create spectacle-driven narratives.

Where I live in Southeast Asia, for instance, it has become increasingly difficult for local filmmakers to find decent theatrical distribution for their films because of their inability to compete with Hollywood giants. It was through this lens that I have viewed contemporary superhero films: a tool for American cultural hegemony that hinders underprivileged storytellers from finding their rightful audience.

So it was a delightful surprise—a miracle, even—to find a film that manages to rediscover the essence of the superhero genre amidst its current corporatized status.

In 2021, Mollywood (the Malayalam cinema of the Indian film industry) produced Minnal Murali, a superhero origin story about Jaison (Tovino Thomas), a young tailor with romantic troubles and a tragic past, and Shibu (Guru Somasundaram), a village outcast willing to do anything for his unrequited love, both of whom gain superhuman abilities after being struck by lightning.

Jaison, like many other Global Southerners, is enamored with the Global North lifestyle: he dons knockoff apparel like “Abibas” and “LowCoste” (which he naively believes are authentic brands) and wishes to migrate to the United States in search of a better life. This desire to leave the country is challenged when he starts exploring his newfound superpowers and reconnecting with his melancholic childhood, subsequently discovering a more profound purpose in life than his personal aspiration. 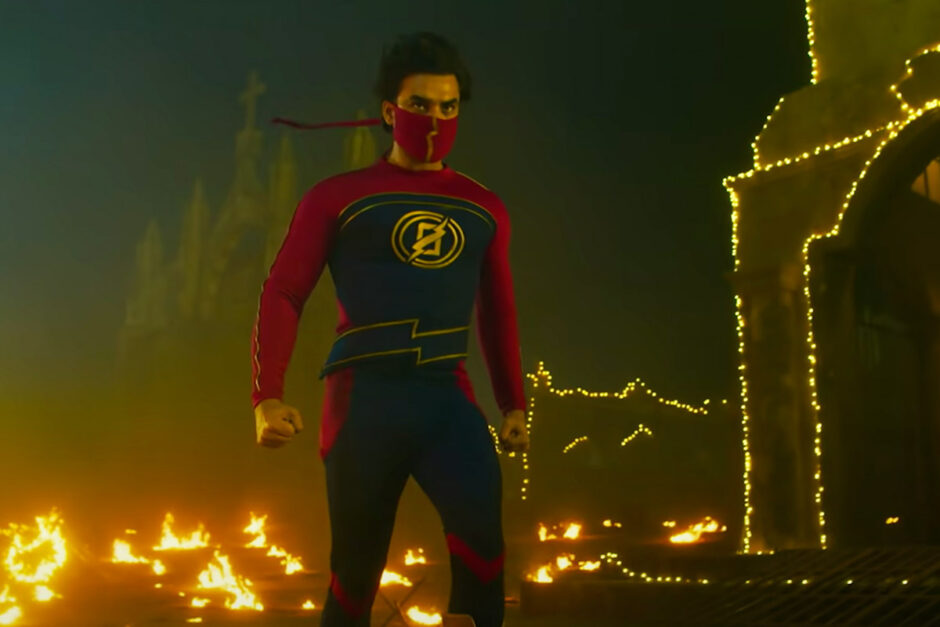 Shibu, on the other hand, traversed a different path from Jaison. As an outcast, he was often ridiculed and looked down upon by his fellow villagers. His only source of comfort was Usha (Shelly Kishore) who had shown him nothing but genuine kindness since their childhood. So when Usha returns to their village divorced and penniless due to her daughter’s medical condition, Shibu takes it upon himself to help Usha in whatever way he can, even if it means engaging in criminal activities and turning himself into a supervillain.

For most of its 160-minute runtime, Minnal Murali interweaves both Jaison’s and Shibu’s narratives in an exemplary manner. The hero-villain dichotomy is given plenty of nuance and depth. Jaison doesn’t become a superhero just because he beats the bad guys; more importantly, he discovers the value of selflessness, of the need to protect the weak and the powerless against those who wish to hurt or abuse them. Similarly, Shibu doesn’t become a villain just because the story demands there to be one. His is a lumpenproletariat’s journey, an example of how throwing a man to the lowest level of the social strata can distort his moralities and class consciousness to the point of being a heartless monster.

Because of its focus on characterization and setting, Minnal Murali need not rely on cheap spectacles to capture its audience’s attention. There is no grand narrative to save the world from destruction or heavily convoluted plotlines concerning intelligence agencies and warring nations. Instead, Minnal Murali is content with showing the daily lives of a rural Indian populace and framing them in a fantasy story. This smallness proves beneficial to the film’s superhero origin narrative and leaves massive potential for grand worldbuilding in the hinted sequels to come.

Whereas Hollywood positions superheroes as agents of globalization, Minnal Murali posits that Global South nations like India need no foreign intervention to fix their own problems.

Minnal Murali’s limited scope also enables it to focus on more grounded conflicts. It does not shy away from issues rife in Indian society. Here we see glimpses of how misogyny strips women of their basic civil liberties, how commercialized health care endangers the lives of the poor, and how corrupt police forces exercise their authority to control other people’s lives. There is a palpable sense of brokenness in this world that is organic to the characters and setting.

And isn’t this desire to mend brokenness the main reason why people latch onto superhero films? The villain Shibu is but a symptom of a bigger issue; even after he is defeated, evil still persists in the form of societal conflicts and class struggles. The superhero, then, manifests as the personification of the internal courage to fight against these problems.

It is important that when Jaison finally embraces his superhero persona in the film’s climax, he also decides to discard his mask. His fellow villagers recognize him and he identifies himself with his community. What would have been a standard confrontation between good and evil becomes an act of solidarity among those who struggle to survive life’s difficulties. Minnal Murali is not an alter ego—it is a realization of Jaison’s true self as a hero who fights for and with his people.

This is also where the film’s mainstream sensibility proves itself effective. The filmic style is deceptively simple and allows itself to connect to as much of its audience as possible. The use of special effects is especially cathartic during the climactic showdown between Jaison and Shibu because it shows the limitless possibilities of one’s ability to conquer their troubles. And more importantly, it’s fun to watch. It provides an escapist avenue without being completely detached from the country’s social context.

Whereas Hollywood positions superheroes as agents of globalization, Minnal Murali posits that Global South nations like India need no foreign intervention to fix their own problems. It provides us with a different and arguably better approach: superheroes are those that stay behind and defend their countrymen from danger organic to their society. Here’s hoping that Minnal Murali ushers in an even greater influx of Global South narratives in the international mainstream cinema scene.