Rory DohertyI8.26.2022
Eric Gravel Interview – Director of ‘Full Time’
“I like to find a way of using the cinematographic language to be at the service of the subject.”

Eric Gravel, director of Full Time (À plein temps), is very excited to talk about his film. His enthusiasm was probably necessary to direct something so pulse-pounding and anxiety-inducing, where single mother Julie (Laure Calamy) has to traverse Paris from her outer-city village home, sneak away from her luxury hotel chambermaid job, and present well at multiple competitive interviews—all during a major transit strike. The film keeps you out of breath throughout the parade of devastating blows and minuscule wins that befall Julie. “I saw it as a woman who surfed, you know, like on waves,” Gravel says. “And I remember saying to the editor, ‘We need waves, the film is a wave, and she’s trying to follow the wave.’”

His excitement in sharing the ins and outs of his filmmaking is fitting for a film that injects bolts of electricity into its social drama premise. But Gravel never felt like following in the stylistic footsteps of French social realist filmmakers. “I like social subjects. It’s my second movie and both of my films talk about workers; that’s something I like. But an important fact is that I’m North American. I’m from Canada, I’m a Quebecer. So I’m making a film in France, but I don’t think I have ‘the French touch,’ you know? Normally, social movies are treated very naturalistically. And when you talk about the Dardenne brothers, that’s very naturalistic. And maybe the subject is close, but I like to find a way of using the cinematographic language to be at the service of the subject.”

Frequent jump cut edits and a pulsating synth score make it feel as if Julie is being frantically pushed along, or that the camera is struggling to keep up with her urgent determination. The score was a key part of imagining what would define Full Time: “I write without music, without hearing anything. But inside, I had this anxiety that I felt. And I knew the treatment I wanted and I knew what kind of music [I wanted]. I remembered that 1970s Tangerine Dream kind of repetitive music, Koyaanisqatsi, and [their] ideas about the way of life. 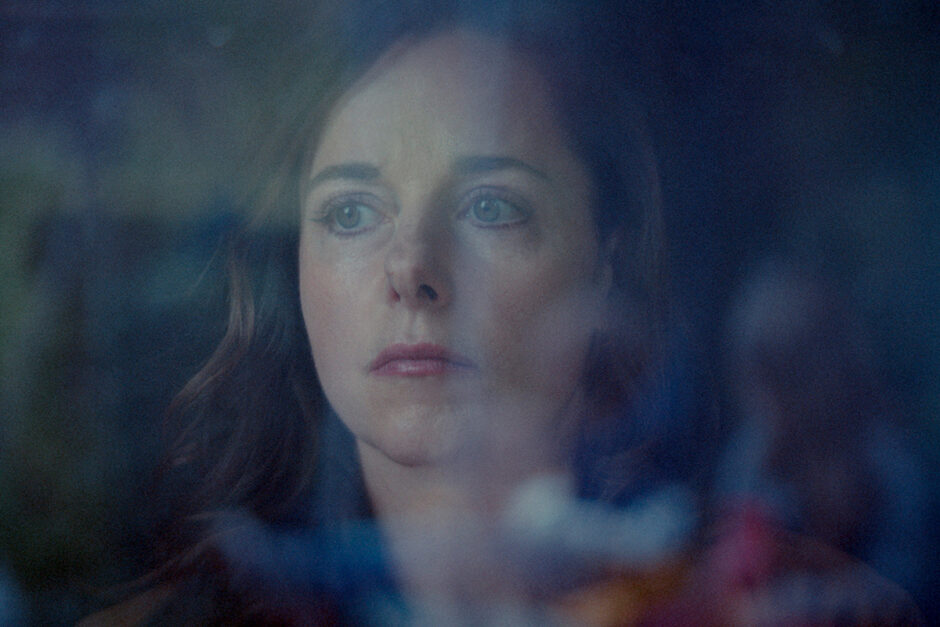 “So when it was time to find an artist to make the music, I remember talking with the musical supervisor, and he already knew that I wanted more music, probably twice as much music that a normal French film would have. But I knew I wanted an artist with their own touch. And Irène Drésel, she’s an artist who does more concerts, but her music sounds like the feeling I had. So I didn’t have to explain to her what I wanted. So I knew from the beginning that I wanted something special or different, that goes with the feeling of what Julie lives through.”

How the film would be edited was a long process, but the jumpy, impactful cuts that define Full Time’s rhythm featured as early as the scripting stage. “It was written in French,” Gravel explains. “But I used CUT TO,” he says, referring to the English-language screenwriting term that emphasizes a sudden jump to a new image.

“Even [if the cast and crew speak] French, they understand what it means.” Gravel claps his hands together for impact. “Sometimes the CUT TO was because of the sound, sometimes because of the image, but I didn’t want to explain it. Of course in a script, you don’t explain how you’re going to shoot it. But the CUT TO tool was a good way of creating these kinds of—” More clapping. “Like, ‘Oh, okay, I’m in the next scene now.’”

Until we found the rhythm, we didn’t have the character. There was something that was completely linked between how she feels and how she thinks because she’s always like a chess player, two or three steps in advance.

While Full Time’s script laid out the emotional experience of watching it, it could only be realized on set. The film is one large crescendo of momentum, breaking in tragic ways and keeping the audience off-balance, so a continuity of rhythm had to be tangibly present throughout the non-consecutive shoot.

“We had to find this energy with Laure Calamy, and for the next shot, we always had to say, ‘Okay, what’s the energy of the shot last week?’ because there’s an ellipsis. We have to follow her, she has to have the same energy.” Gravel cites an unexpected influence on how he wanted to bring his social drama to life. “You have Baz Lurhmann who does that in Australia, where they talk and it cuts to another scene and they continue the dialogue. But we had to do that very realistically. We had the same problem of, okay, we have to still be with the actress with the character and the same intention. So we had to cheat like that. I don’t think the film is completely that naturalistic; it’s more impressionist. That’s what I want.”

It’s not a mood Gravel achieves independently. Calamy, featuring in every scene, gives a titanic lead performance, pivoting from resolute to breathless with every other line, the tension of keeping everything together clear on her face. It’s vulnerable, affecting, compelling, and completely in tune with her director’s emotional tightrope walk. 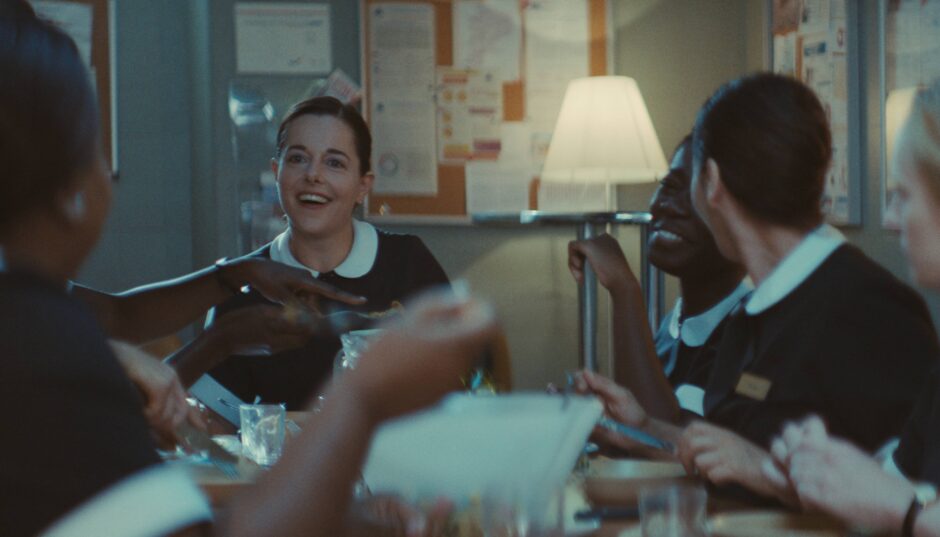 It didn’t take long for director and star to find their groove, something they found they couldn’t meticulously plan. “I remember somebody from an audience saying, ‘Oh, you and your actress, you dance well together.’ And we liked that. We said yeah, that’s it. We just exchanged like that. She gave me stuff and I said to her ‘Well, now I’m gonna go get it. Now give it to me, because I’m very far.’ We were playing like that all the time. It was at the same time very technique, by instinct of, you know, ‘Do we feel it?’”

It seems that the only person whom Julie is in rhythm with in the film is its director; the entire universe appears to be conspiring against her for the entire runtime. Gravel was always conscious of using a mass movement of solidarity for a story of a laborer being isolated. “I like when there’s a lot of gray zones and when there’s contradiction, and I found that there was so much contradiction in France when you have strikes. People understand the strikes and at the same time, they’re so pissed about that. And I really liked the idea of going there because that’s where it’s interesting.”

A thematic concern of the film is how necessary it is to stop viewing the world through just our own eyes—how we know very little about the interior struggles and anxieties that plague those around us. Judgments are made about Julie’s values and situation throughout, and even she is guilty of thinking people who struggle with the same dependencies as her are expendable.

“Empathy [is] important because it’s why I’m following just one woman,” Gravel says. “But what I expect and hope is that even if you don’t know all the other characters, you see that they all have their own problems.”

The director adds, “By seeing one main character with all this gray zone and difficulties, I hope you can understand that Lydia, or the people in front of her, have the same kind of life with the same kind of gray zone. You say, ‘Okay, I just see a part but I can understand now.’ And empathy is the key word.” Full Time is the rare film that’s both eye-opening and chest-tightening, one that deserves every bit of excitement that Gravel still holds for it.