If you’re the kind of viewer who typically sticks to home-grown movies, now just might be the best time to branch out into the realm of international cinema. Thanks to the rise of global distributors and streaming services like Netflix, which have all but brought cinema directly to your home, foreign films have never been more accessible as they are today.

But even if you can’t catch a foreign title literally everywhere and anywhere you look, there are still many reasons to get into foreign cinema right now. Watching movies beyond your comfort zone expands your understanding of the world better, lets you experience life differently, and renews your perspective. Plus, if you’re an aspiring film buff, it’s worth mentioning that foreign films have influenced and continue to influence one another—Hollywood borrows from Bollywood borrows from French New Wave. Altogether, they play a crucial role in forming the identity of world cinema. 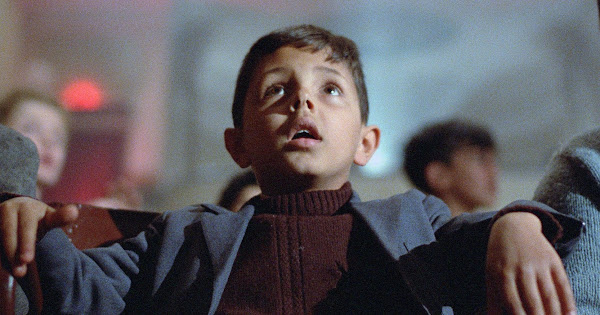 What is a foreign film?

Defining what constitutes a “foreign film” can be highly nuanced and vague, depending on who you’re asking. Generally, it’s any movie dubbed in a language that isn’t your own, making “foreign” a term totally dependent on your geographical location and life experience.

But for the purposes of this article, we’ll be going by The Academy of Motion Picture Arts and Sciences’ definition of a foreign film, which is to say, “any feature-length motion picture produced outside the United States of America with a predominantly non-English dialogue track.” With that clarified, let’s now delve into compelling reasons why you should watch foreign films, which foreign movies you can start to watch, and where you can watch them.

Why should you watch foreign films?

As the saying goes “allow yourself to be a beginner in order to learn more.” It might take a while for you to get used to hearing a different tongue and reading subtitles, but as time goes by, you’ll notice that it can be a game changer when it comes to appreciating and comprehending the entirety of cinema.

It’s also an excellent way for you to be more in touch with different cultures, traditions, and customs; books, pictures, and even travelogues can only do so much, but films set in the local and textual realities of these communities will inspire a whole new range of understanding. By combining artistic musings with philosophical concepts, movies have the potential to break stereotypes and inspire a ground-level perspective.

Lastly, foreign films make you see the uniqueness and edginess that Hollywood films sometimes lacks. Because they’re not tied to the studio system rigmarole that can sometimes hinder creativity in these parts, foreign movies are set alive by different methods and styles that will reinvigorate any film cynic out there.

How To Get Into Foreign Cinema: Foreign Films For Beginners

A great way to start your foreign cinema journey is to watch movies that belong to the style or genre you like. Once you find something promising, you can then look for movies made by the same director or played by the same actors.

You can also begin with foreign titles that have already penetrated the mainstream market and are blockbusters in their own right. Ang Lee’s Crouching Tiger, Hidden Dragon, currently the highest-grossing foreign language film of all time, is a good place to start; so is Bong Joon-ho’s Parasite, which swept the 2020 Oscars in a revolutionary turn.

Over here at agoodmovietowatch, we’ve already rounded up the 100 best foreign-language movies of all time (and where to stream them) in a comprehensive list. But if you’re only new to it, below are some of the foreign films you need to watch to get you started on your educational and entertaining journey. 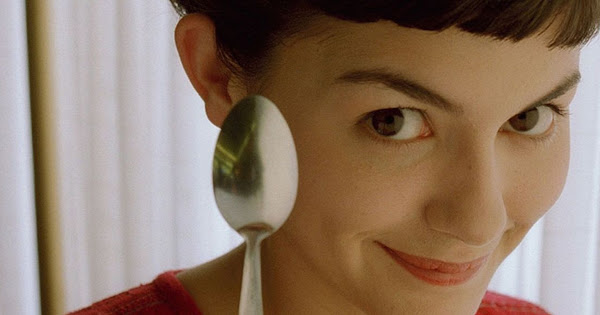 Amélie features a story of a young, mischievous but awkwardly shy waitress of a tiny Paris cafe set in Montmartre, who one day finds a box of toys owned by the previous tenant in her apartment. Filled with determination, she tracks down the owner of the box who was an old man, and from then on, she secretly plots elaborate schemes to help people find their own happiness in the most whimsical and unexpected ways. But will Amélie have the courage and kindness to find happiness for herself just like how she does for others?

More than two decades since its first release, Amélie stays relevant in this digital age. Here’s our retrospective on the French classic.

Crouching Tiger, Hidden Dragon is currently the highest-grossing foreign film of all time, and has catapulted auteur Ang Lee to the A-list of filmmakers in Hollywood. This film is set in the 19th-century Qing Dynasty in China, where a swordsman entrusts his sword named Green Destiny for safekeeping to his lover, only to get stolen. The search leads them to the House of Yu where the action and amazing martial arts battles take the story to the next level.

Pan’s Labyrinth takes you into the fanciful, mysterious, and chilling world of young Ofelia, a lonely and dreamy child living with her ailing mother and sadistic adoptive father. The story features the fascist regime in 1994 rural Spain where the story revolves around Ofelia’s created world filled with mysterious creatures and secret destinies. Critics dub it the “Alice in Wonderland for adults,” just as Ofelia is forced to come to terms with the realities of her life using the wonders of the world she had created. 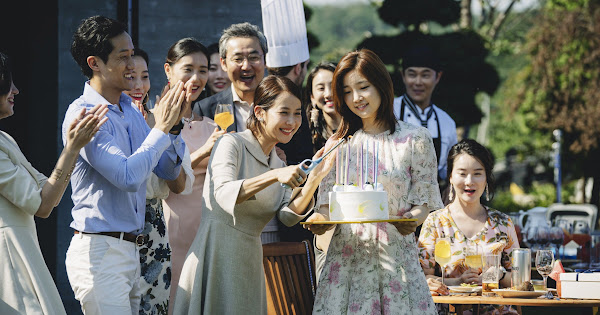 Parasite highlights greed, inequality, and class discrimination in modern-day Korea with Korean filmmaker Bong Joon Ho’s exceptional artistry. The film is a tragic and comedic subversive thriller featuring the symbiotic relationship between the affluent Park family and the ambitious yet poor Kim family, and how the latter takes the scheming until the end.

Taare Zameen Par, translated as Like Stars on Earth, is a Bollywood film directed and starred by Aamir Khan. It revolves around the life of Ishaan, a young boy who has difficulties studying because of his dyslexia. However, when an art teacher (Aamir) who has unconventional teaching methods arrived on the scene, Ishaa started to receive proper help. He then began to show his hidden talents and was able to put his life on track.

This heart-melting story depicts the pain and difficulties of having dyslexia and the stigma around it. Aamir Khan is known for his intense, drama-filled movies with moral lessons that can touch the deepest part of your heart. Some of his other films include Ghajini, Three Idiots, Lagaan, Dangal, and PK.

Old Boy presents the story of Oh Dae-Su, an obnoxious drunk that got abducted and held captive for 15 years. However, after his release, he finds himself tracking down his unknown tormentor to finally get his long-overdue revenge in five days. But who hates him so much that they didn’t give him a swift death? 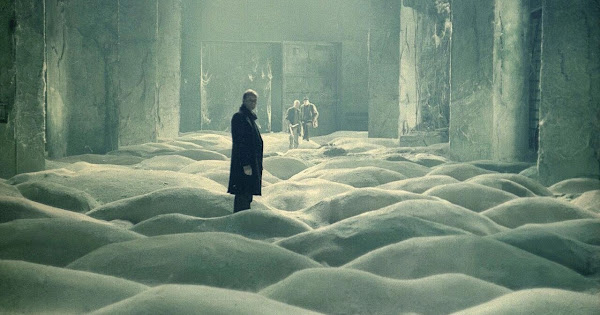 Stalker is noted as the best film by one of the greatest filmmakers of all time—Andrei Tarkovsky. It evokes an expedition for the mind and soul not only for the characters but for the audience as well. A stalker guides a writer and a scientist into the Zone, a post-apocalyptic wasteland guarded by barbed wires and soldiers located near a gray unnamed city. The place is filled with anomalies that defy the normal laws of physics, and the three men search for a mythical place called The Room, where anyone who enters can be granted their deepest earthly desires.

In the Mood for Love shares a sensual yet devastating story of two neighbors, forming a bond over suspicion of extramarital affairs of their partners. One of the best films of the Hong Kong New Wave, Chinese iconic filmmaker Wong Kar-wai’s adaptation of the morally conservative 1962 Hong Kong creates the backdrop on how the film portrays two friends developing feelings for one another, but ultimately deciding to keep it platonic to avoid repeating the same mistakes by their spouses.

Breathless is the debut film of the polarizing French filmmaker Jean-Luc Godard, whose legacy and artistic vision cemented the way for the French New Wave. The film features the life of a small-time thief Michel Poiccard who has stolen a car and recklessly killed the policeman pursuing him. Wanted by the authorities, he reunites with an American journalism student and persuades her to escape with him and cross the borders to Italy.

City of God is based on the true story events of Rio de Janeiro during the height of a brutal decades-long war between two gangs in the 1970s. It revolves around the lives of two young men who choose different paths — one struggles to become a photographer and the other a kingpin. The film delivers a shard of authenticity at the undeniable, gruesome reality of the time.

Where to find good movies to watch

To get hand-picked, curated, and personalized foreign film recommendations, check out our website agoodmovietowatch.com. You can find the highest-rated films, TV shows, and streaming services, as well as hidden gems from around the world meticulously chosen by our editors and film experts. 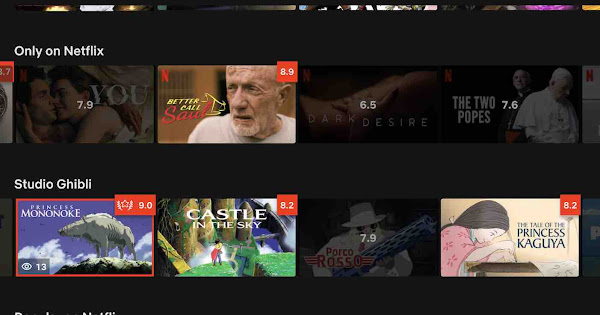 Plus, you can browse films from every genre and every mood from our filters and can even get our Netflix Curator Chrome extension to get the most out of your viewing experience.

Our film publication Projektor offers curated insights, interviews, and retrospectives dedicated entirely to international films. Join our newsletter to stay updated with the latest reviews and best recommendations from Netflix and Amazon Prime.

Streaming services (according to your needs)

The best streaming services for foreign films highly depend on what you’re looking for and your needs. Here’s an overview of the best one according to your needs.

Check out this comprehensive list of the best streaming services for foreign-language films to see which one would be right for you.