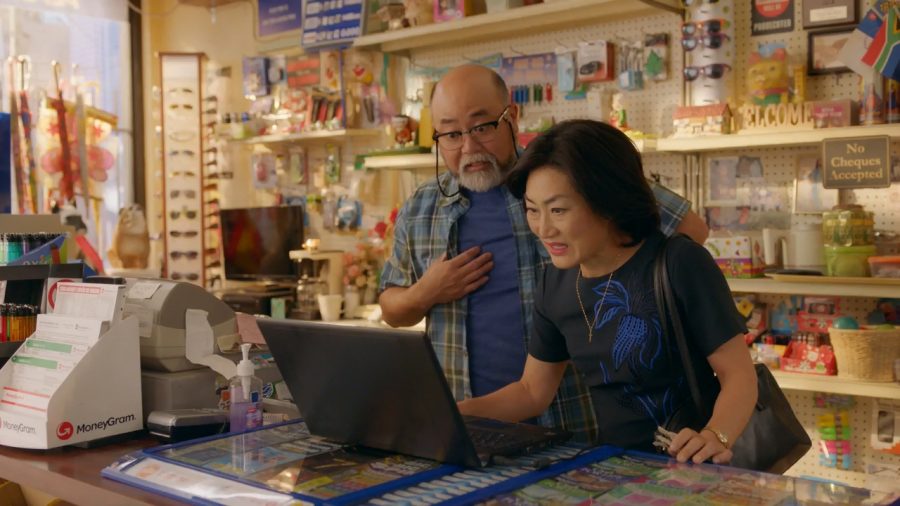 This is an easy and funny Canadian TV show about a Korean store owner in Toronto.He completely lacks awareness of modern gender, sexual orientation, and race issues - yet his good nature redeems him. In the first episode he is confronted for saying something homophobic, but replies by pretending he has an ongoing 15% “gay discount” (except he decides who’s gay or not by looking at them).There are many other interesting themes, such as his daughter being pressured to find a “cool Christian Korean boyfriend” and her insisting that those words don’t go together.Kim's Convenience is about the Korean-Canadian experience, but it also feels geared towards a Korean-Canadian audience. It’s authentic, refreshing, and most importantly, funny. 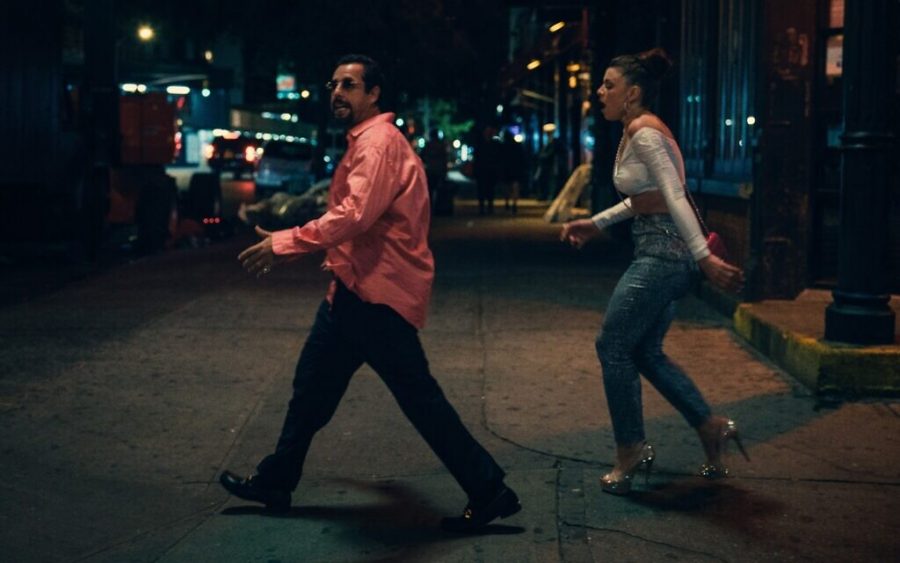 A crazy, anxiety-inducing thriller that turns Adam Sandler into a thrill-generating machine, which in its own speaks volumes about the rhythm of this movie. It follows a jeweler who gets himself in trouble with what feels like all of New York - a gang, Kevin Garnett (the NBA player), other jewelers, his family, odd twins that appear out of nowhere - everyone. This all happens in the backdrop of him feeling he has “hit big” and is on the verge of receiving a lot of money. If you watched Good Time, you know what to expect from directors Safdie brothers: excruciating tension that keeps building up when you thought it wasn’t possible. And that might be the only problem with Uncut Gems; the tension doesn't feel that different from Good Time, and having watched one you can guess where the other one is going. 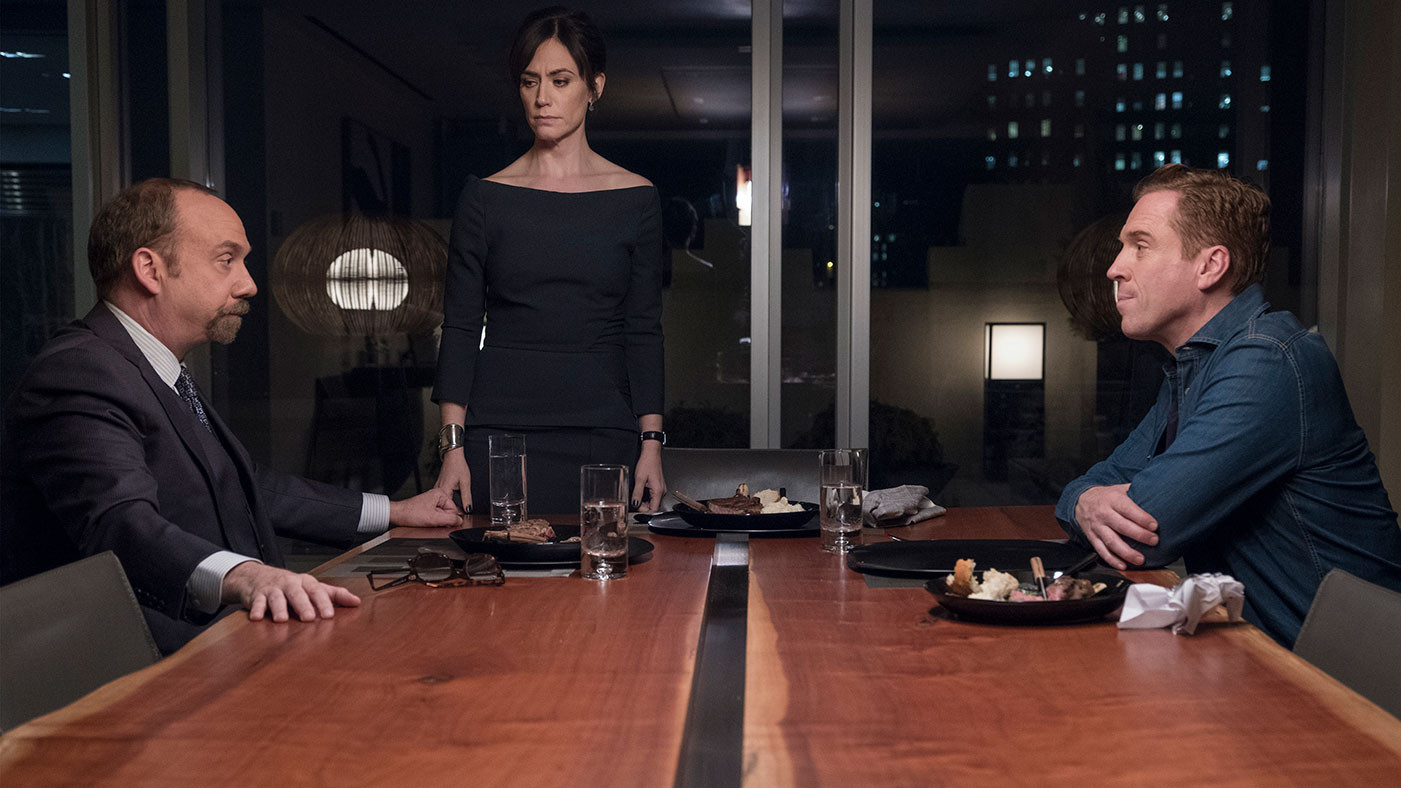 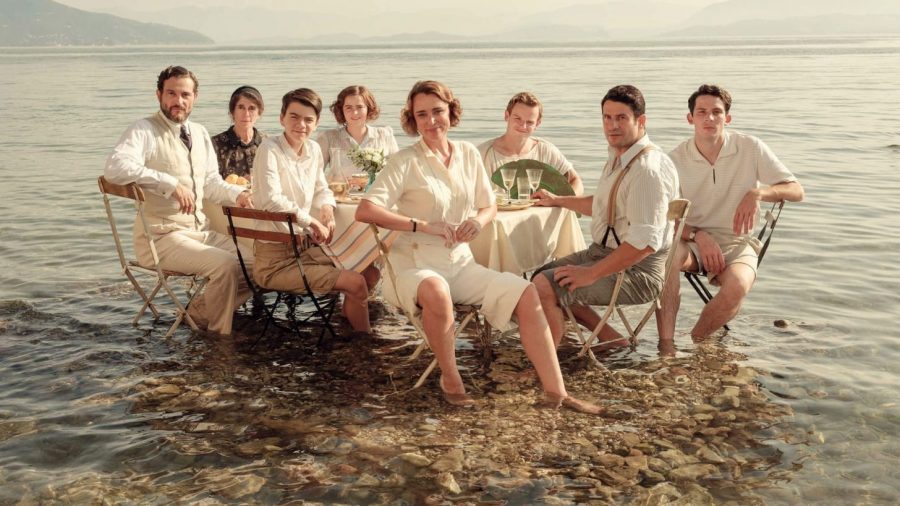 This comedy-drama is about a British family that moves from England to Corfu, Greece, in hopes of a better life.At first the cultural shocks and mishaps are hilarious, but The Durells quickly becomes a heartfelt drama centered around the mother, who has to push through a lack of money, new responsibilities and a sense of loneliness on top of the cultural adjustment. 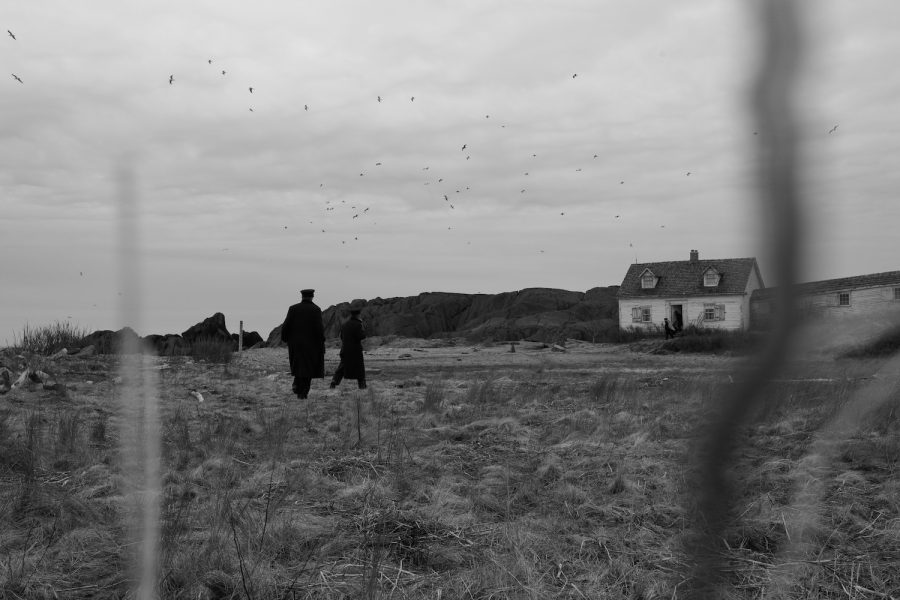 Robert Pattinson and Willem Dafoe are the only two actors starring in this eccentric movie, and they deliver such grand performances that it feels like another actor would have been one too many.They star as lighthouse keepers in the 19th century, left on an island to interact only with each other and their rock. It's a fascinating premise of how these men, left on their own, deal with boredom, loneliness, and being annoyed with one another.Incredible performances, an interesting aspect ratio, and perhaps excessive weirdness, make this movie unforgettable. 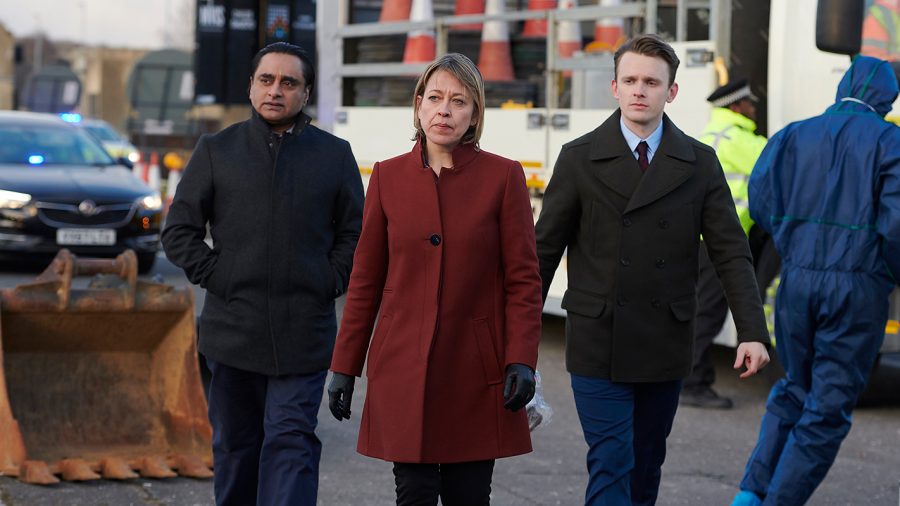 This six-part BBC crime drama is about two detectives who try to solve cold murder cases. In the first season, they try to solve the murder of a young man from the 70s who left a diary full of seemingly unconnected names.Like most BBC mysteries, it’s grounded, believable, and consistent. Still, the second and third seasons of Unforgotten are better than the first, offering a reward for sticking with the show. 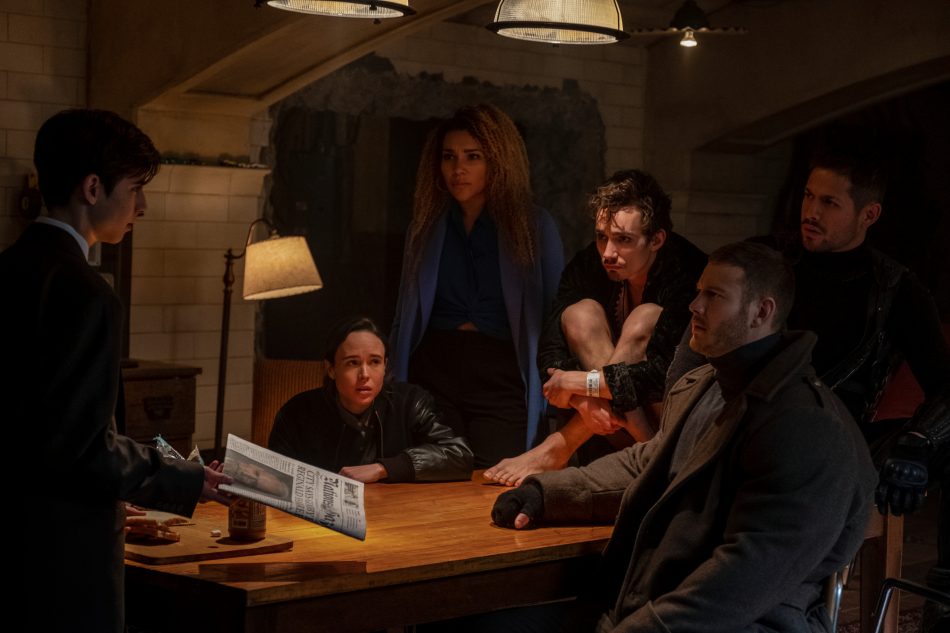 An eccentric billionaire. A freakishly strong character who is ashamed of his strength. A Captain America-esque leader. An old mentor in the form of a wise talking monkey. You guessed it; The Umbrella Academy is about superheroes.One fateful day in 1989 many women across the globe give birth at the same time, but at the start of that day, none of them were pregnant. The eccentric billionaire adopts a number of these children to form The Umbrella Academy, a collective similar to X-Men or The Avengers. Except, because they are all kind of related, this show is about their family dynamic as much as it is about their superpowers.The Umbrella Academy is an entertaining story of superheroes that is rarely original but always enjoyable. Ellen Page plays one of the kids (the black sheep of the family who has no superpowers), and she’s a joy to watch.And substantial bonus: Mary J. Blige (!) plays a hitman. 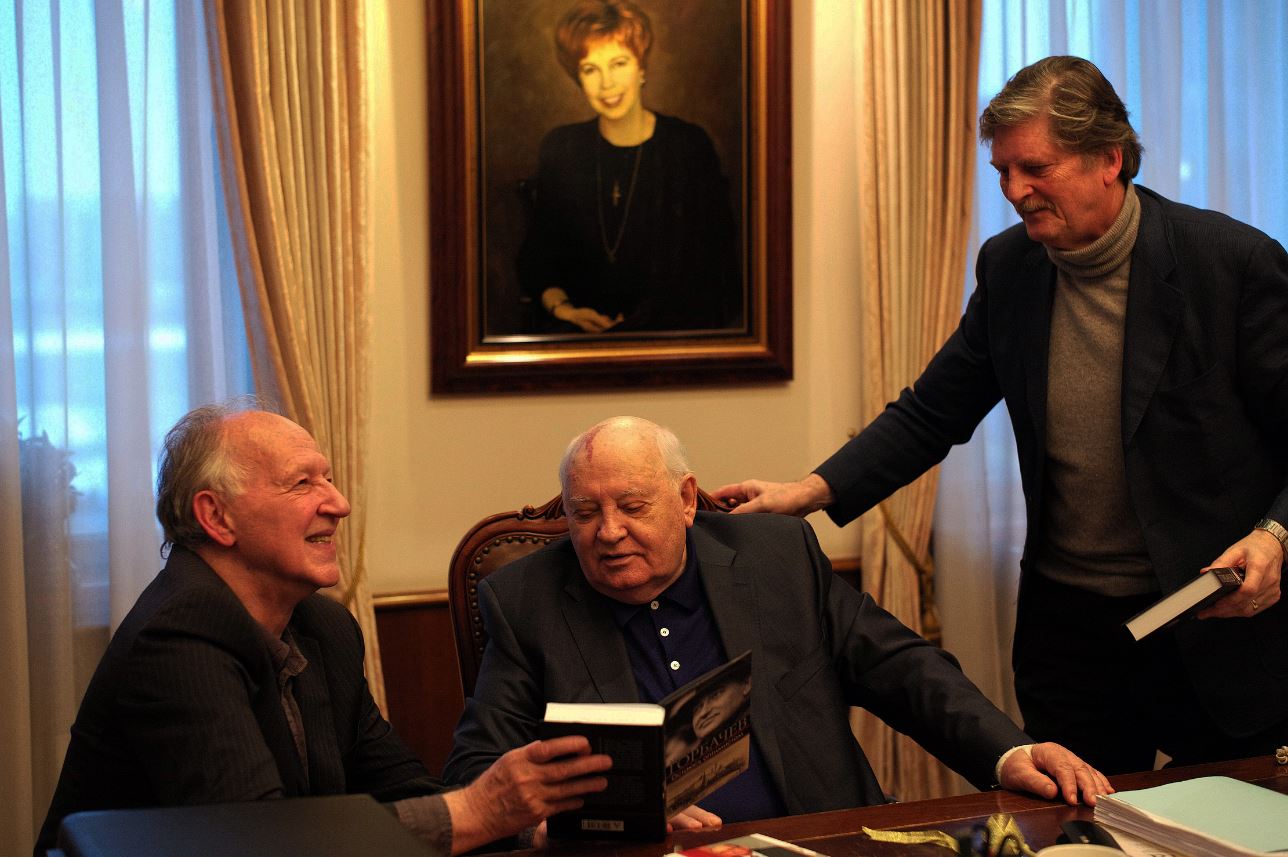 This informative documentary about the former president of the Soviet Union Mikhail Gorbachev is set against modern-day interviews with him that span 6 months. Sitting opposite of him is the Gorbachev equivalent in filmmaking: Werner Herzog. The prolific director asks interesting questions and narrates events that illustrate Gorbachev's forgotten importance: ending the cold war, a push for denuclearization and avoiding bloodshed during the fall of the Soviet Block. The fact that Gorbachev is loved by so many, including Herzog - who at some point actually says "I love you" - might be the only problem with this documentary. It's a great reminder of why people loved the Soviet leader, a phenomenon otherwise known as "Gorbymania", but it does very little in portraying him in a critical light. 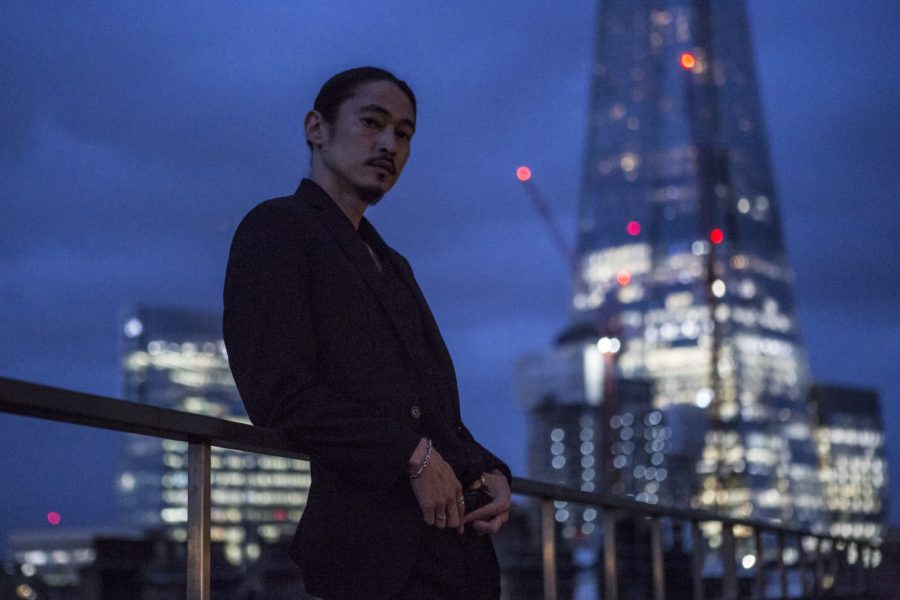 This is an thrilling BBC/Netflix show and a Yakuza drama that takes place between Tokyo and London. About half of the dialogue is in Japanese and the other half is in English.Yakuza families are no longer at peace when a boss’s nephew is assassinated in London. Trying to bring the culprit in without interference from the British police, a Tokyo detective is sent to the UK to try to find him. There is an undeniable appeal to seeing the world of yakuza unfold, but the show’s title, which translates to Duty/Shame is a reference to the detective’s own personal conflict: the suspected murderer he’s looking for is his brother. Ouu. 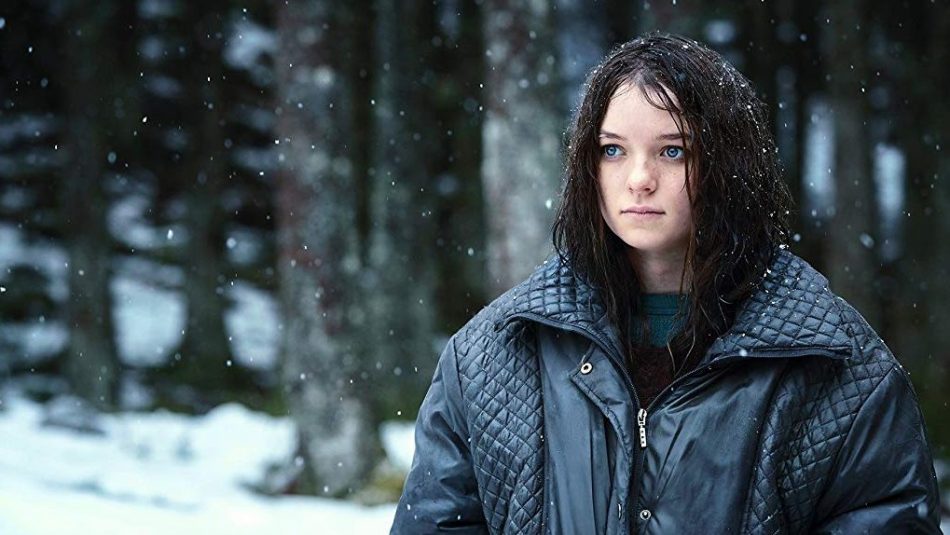 Hanna the movie was the perfect mix between a coming-of-age story and a Bourne-Trilogy-type thriller. It was suspenseful, edgy, and so original.How to make these attributes stick when the movie is stretched to a TV show? As it turns out, more of the same does the trick.The majority of events have been imagined especially for the show, and it doesn’t stop there. The series is packed with great new talent who bring their uniqueness to the story. Hanna herself is played masterfully by British actress Esme Creed-Miles. Her father - much more present in the show than the movie - is also amazingly played by Swedish actor Joel Kinnaman (you may recognize him from House of Cards or The Killing).High production value and incredible suspense make Hanna an enjoyable and prolonged thrill ride. It’s even more fun if you’ve never watched the movie, as all plot developments will be new to you.